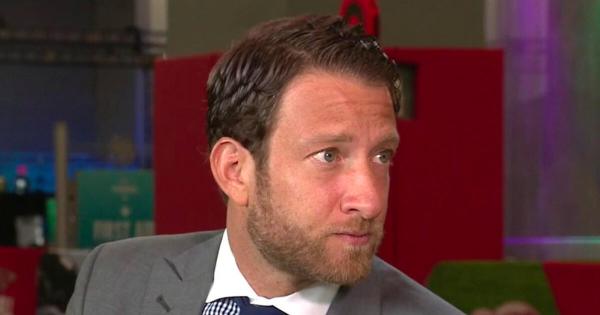 If you’ve read any financial news outlet over the past few months, you’ve likely heard the story of Dave Portnoy.

Prior to the ongoing lockdown, Portnoy was best known for being the founder of Barstool Sports — the famous sports and pop culture website. But once the lockdown hit and he had to find something to do, he turned to investing — day trading to be exact.

Thus far, he’s focused his efforts on stocks, investing in hot picks of the day in front of an audience of tens of thousands. Some have gone as far as to say that he’s been affecting the demographics and fabric of the stock market.

It’s no wonder, then, that proponents of Bitcoin and cryptocurrency have tried to get him to enter into this space. First, it would be hilarious to watch him trade BTC. Second, he could probably drive a lot of interest to the cryptocurrency space.

A storied history with Bitcoin

Portnoy, like many deeply involved with the internet, has long known about Bitcoin. But he hasn’t been a fan.

In November 2017, he published a hilarious video with the caption “I know it’s a scam.” In the four-minute clip, the Barstool Sports founder joked that he doesn’t “know what the f**k any of this means,” referring to Bitcoin and cryptocurrency. Portnoy also joked about the absurdity of mining as a concept to the average investor:

“Think about this: you literally mine for them online and Bitcoin pops out of the internet like oil… I literally don’t know what that means; it sounds like Mario Brothers where you hit something and another thing pops up, like a rabbit.”

I still don't understand #Bitcoin I know it's a scam. Having said that I'm all in. pic.twitter.com/YyXgWdzBaV

At the time, this video went viral in the cryptocurrency space, garnering thousands of likes and hundreds of replies from Bitcoiners.

Over recent weeks, Portnoy doubled down on this clip, reposting it and reiterating some of the comments he made in the video.

But at long last, as of Aug. 4, the Barstool “El Presidente” has confirmed he is entering the Bitcoin space, calling on the help of Cameron Winklevoss and Tyler Winklevoss of Gemini.

Over the past few days, Portnoy’s interest in Bitcoin has been rekindled as he’s watched the price of the asset undergo serious volatility.

On the morning of Aug. 4, just a day after he lambasted Bitcoin for not being a physical asset, he published the tweet seen below. In it, Portnoy claimed that while he still “doesn’t f**king understand it,” he still wants to own Bitcoin.

To help him understand and buy BTC, Portnoy proceeded to call on the “rowing robots,” the “best-cast characters in the history of movies,” the Winklevoss Twins.

“I’m officially inviting the Winklevi twins to my office to explain bitcoin to me. Have to wear the rowing outfits though,” Portnoy wrote and said in the video.

I’m officially inviting the Winklevi twins to my office to explain bitcoin to me. Have to wear the rowing outfits though. #DDTG pic.twitter.com/owQr0aZVdn

Despite him poking a bit of fun at the twins, Tyler Winklevoss accepted the invitation just minutes after it was sent out, creating quite the buzz on Crypto Twitter.