Argentinians are flocking to Bitcoin (BTC) amid inflation, economic decline

The number of active crypto trading accounts increased tenfold since last year in Argentina, according to the head of Binance in Latin America. 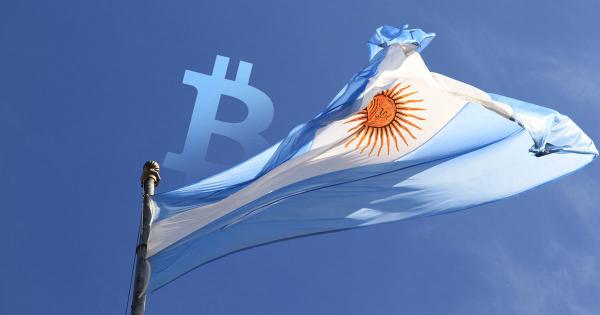 The popularity of Bitcoin and other cryptocurrencies is skyrocketing in Argentina as local residents look for new ways to offset inflation, global news agency AFP News reported today.

“The number of user accounts for investing in cryptocurrencies has multiplied by ten in Argentina since 2020,” Maximiliano Hinz, Latin American director of crypto exchange Binance, told the outlet.

An escape from inflation

Per the report, the worth of Argentina’s sovereign currency—peso—is practically deflating with every passing day since inflation averaged 45% over the past three years. Additionally, the country’s GDP has declined by roughly 10% in 2020 while the economy has been in recession since 2018.

Historically, Argentinians invested their money in U.S. dollars in a bid to offset the inflation, but even this method has become unviable lately.

Apart from extremely low interest rates in local banks, the government has also imposed a strict purchase limit of $200 per month for local residents.

In this light, cryptocurrencies have become an obvious solution to the economic woes in Argentina. According to Hinz, there are now roughly two million trading accounts registered in the country with a total population of 45 million.

“It is no coincidence that Argentina and Venezuela, countries with high inflation, are the main crypto poles in South America,” noted digital assets specialist Marcos Zocaro, adding,

“I have older clients who used to be afraid of making a fixed deposit with a bank but are buying cryptocurrency without fear of risk.”

In this atmosphere of uncertainty, cryptocurrency exchanges “have evolved to create bridges to a public without financial education,” said Sebastian Valdecantos, founder of Argentinian online credit system Moneda PAR.

Simultaneously, Argentinians are increasingly resorting to cryptocurrencies as a means of payment since everything—from cars to second-hand clothes—can be bought and sold for digital assets in the country.

Last week, local e-commerce giant Mercado Libre also announced that it will enable Bitcoin payments for real estate—in a sector that previously was dominated by the U.S. dollar.

Argentina's Central Bank (the one with 50% annual inflation) is requesting banks to complete a sheet to identify clients known to have, trade or do payments with cryptoassets.

Here a message from a bank association to their members (leaked by the local #Bitcoin community): pic.twitter.com/Rba2rAJXDu