The Mayor of Bueno Aires has revealed that the the city is on the verge of recognizing crypto as a tax payment method. 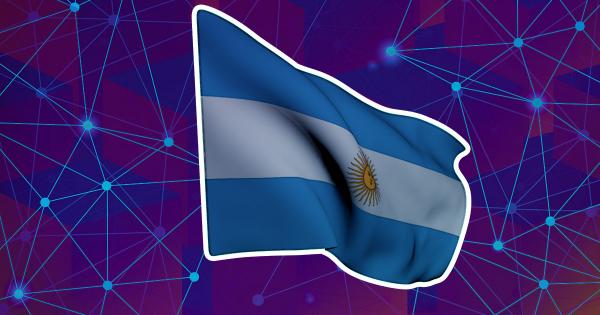 On Monday, Mayor Horacio Rodríguez Larreta of Buenos Aires, the capital of Argentina, announced that the city is on the verge of recognizing crypto as a medium that could be used for various financial transactions, including tax payments, according to local media reports.

This surprising move is part of the many changes expected to be effected as soon as the intended digitization of the city’s administration processes is completed— a change believed to be built around blockchain technology.

This digitalization drive by the city’s administration is contained in a 12-step plan titled “Buenos Aires +.”

Speaking on the development, the Mayor noted that the effort aims to transform the capital city into a digital hub.

The self-sovereign digital identity, which is one of the most innovative tools that are being given in the world so that citizens have their digital identification.

On crypto payments, the Mayor noted that the city’s government does not intend to receive the crypto directly from residents. Instead, policies will be put in place to convert the crypto into Argentine pesos before the government receives it.

These conversions, he noted, will be carried out by multiple crypto companies.

The city is not going to have crypto in public accounts, but through an agreement with virtual wallets, we will add one more payment option to the ones we already have, with the idea of making things easier.

In another announcement, which sheds light on how the administration intends to achieve this, the city’s secretary of innovation and digital transformation, Diego Fernández, noted that the program would be rolled out in partnership with multiple crypto exchanges in the region.

Fernandez also revealed that the initiative would soon commence officially and identified that local crypto exchanges like SatoshiTango, Buenbit, Ripio and Belo, and Mexico-based Bitso would play a major role.

One of the biggest names in the crypto industry, Vitalik Buterin, the co-founder of Ethereum, recently made an unannounced visit to the capital city, where he met with the country’s former head of state, Mauricio Macri.