The App Store blocked the Gnosis Safe wallet update, arguing that the new version is not in compliance with digital content guidelines. 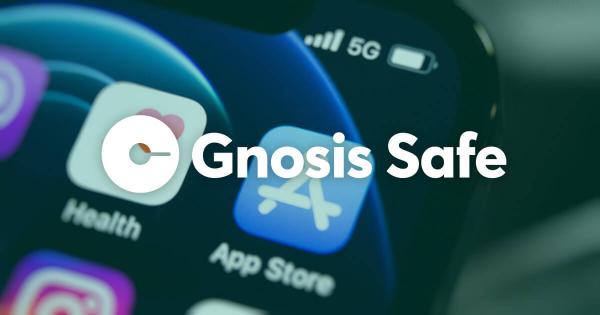 Schor, who heads product development at the Ethereum-based wallet, revealed that the updated version was refused because the App Store doesn’t allow apps and wallets displaying NFTs, which are not bought via in-app purchases.

“Apple is blocking a release of our mobile app because we display NFTs in it,” Schor started explaining in a Twitter thread that featured screenshots of the wallet provider’s correspondence with the App Store.

Apple is blocking a release of our @gnosissafe mobile app because we display NFTs in it. After 2 weeks of back-and-forth, I felt that we need to talk publicly about this to raise awareness.

See the thread for details and why this might affect other wallets and apps as well. ?

The refusal came after two weeks of back-and-forth with Apple, according to Schor, who “felt the need to talk publicly about the issue.”

“This shows how access to Web3 still relies heavily on gatekeepers like Apple,” he said, pointing out that this could escalate to being “an industry problem, as the same arguments apply to any wallet displaying NFTs or games making use of NFTs.”

“We need to find better ways to make Web3 accessible on mobile permissionless,” he added, while asking around on Twitter if any other iOS app developer already had to face the same issue.

Schor explained that the submitted update included “a new way to connect a Ledger Nano X via Bluetooth to the app, so it had nothing to do with NFTs in the first place,” while adding that Gnosis Safe has already displayed user-owned NFTs in its app for many months.

Cracking down on NFTs?

“We noticed that your app includes or accesses paid digital content, services, or functionality by means other than in-app purchase, which is not appropriate for the App Store,” read Apple’s refusal explanation, which Schor made public on Twitter.

Since this would mean that apps are restricted from providing any NFT-related services unless they are integrated with Apple payment methods, Schor still chooses to believe that “this is just a human issue.”

“Simply removing NFTs from our app is definitely not an option for us,” said Schor, while adding that he hopes “this is not just the first sign of Apple cracking down on NFTs completely” and that “they will reinterpret their policy when it comes to NFTs.”