Scaramucci's SkyBridge has secured a new partnership, that would speed up its move into the crypto industry. 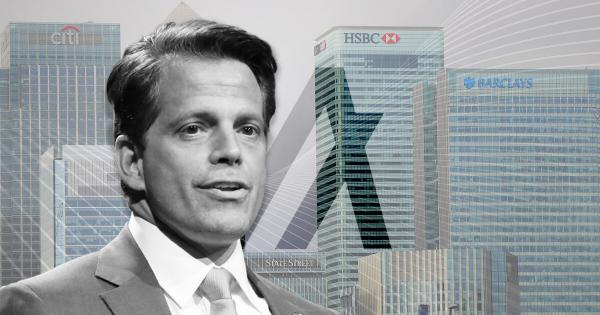 As part of efforts aimed at expanding its growing dive into the crypto world, SkyBridge Capital’s Anthony Scaramucci has secured a new blockchain partnership with trading platform NAX and high-speed blockchain project Algorand.

Together the two groups would kick off by trying to raise funds in a series of fundraising. The first of the fundraising would be to raise around $250 million

Known as UNLOX, the fund would focus on various programs, one of which is a series of decentralized finance efforts associated with digital currencies, such as Bitcoin.

Per CNBC, “the group will focus on a variety of decentralized finance efforts associated with digital currencies like bitcoin. Blockchain is the database infrastructure around which the cryptocurrency world is built.”

The fund would also seek to use blockchain as a method to provide reliable security for a variety of assets like property, corporate securities, and venture capital through various institutions.

Using the blockchain operation of Algorand as its base, the partnership would also look into a nascent push into nonfungible tokens and other altcoins.

It is important to note that the partnership would be banking on the commercial support NAX is expected to provide to augment the institutional base for the fund by SkyBridge.

There are indications that the initiative would formally be announced on Monday morning at SkyBridge’s SALT conference. The conference is expected to be held for the first time in New York City.

Algorand is important to the space

Scaramucci has however explained that Algorand is important to the industry. “Algorand is going to be the winner in building the backbone for what institutions need and financial services companies need,” he said in a statement.

Recall that Scaramucci’s SkyBridge was among the first hedge funds to move into Bitcoin. The firm also has a stake in ethereum.