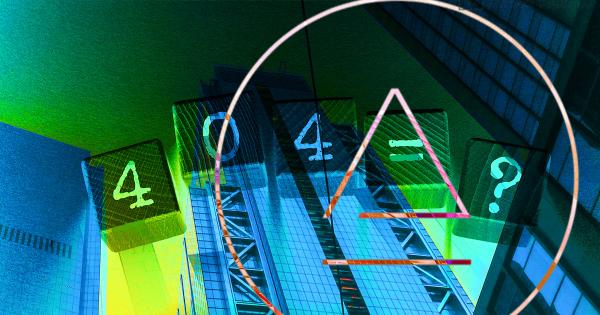 Alameda Research, the trading firm founded by FTX CEO Sam Bankman-Fried, has put its website into ‘private mode.’ The Squarespace-hosted website was updated on Nov. 9 to only be viewable to internal team members without any public announcement.

SBF owned roughly 90% of the company as of 2021, but it is unknown at this time what his current stake is in the business. The company is led by CEO Caroline Ellison who recently called out CZ on Twitter, telling him that Alameda would buy the FTT tokens he had planned to liquidate before the news of Binance’s potential acquisition of FTX.com.

Further, the FTX Ventures website is also unavailable, as it appears the DNS settings have been updated to stop the site from loading. The error message states, “This site can’t be reached,” as the DNS address could not be found. This error occurs when a website’s DNS settings are misconfigured to point to the wrong server. However, in this instance, given the private status of the Alameda website, it does not appear to be the case.

A cached version of the Alameda website is still available via WayBackMachine, which shows the core team of CEO Caroline Ellison and CTO Nate Parke, along with several traders and advisors, including former Co-CEO Sam Trabucco.

No input from the CEO

Ellison’s last update on Twitter concerning Alameda’s balance sheet was before the Binance acquisition announcement. The CEO stated that the company had”> $10b of assets” and had “returned most of our loans by now.”

The tweets paint a different picture from the one that played out for FTX over the next 24 hours. Interestingly, SBF deleted his “FTX is fine” tweets published around the same time as Ellison’s. However, there has been no removal of posts from Ellison, who did comment that she was “busy at the moment” in her reply to ByBit co-founder Ben Zhou concerning BitDAO.

Ellison has responded to several queries about FTX-linked wallets and denying dumping BitDAO tokens but has not addressed the internal situation at this time.

Lack of communication at FTX/Alameda

Trabucco recently stated that it is “bonkers how people just instantly 100% believe every shitty “news” story they see” just hours before FTX announced a liquidity crunch that caused it to ask Binance for help. The apparent lack of awareness as to the scale of the issue at FTX among key team members and advisors is extremely worrying as the industry awaits further information.

Currently, there are rumors about the scale and scope of the ‘hole’ in FTX’s balance sheet, but no transparent report showcasing the root cause of the issue.

END_OF_DOCUMENT_TOKEN_TO_BE_REPLACED

Caroline Ellison is the former lead trader and former CEO at Alameda Research.

Sam Trabucco is a quantitative crypto trader and the co-CEO of Alameda Research.