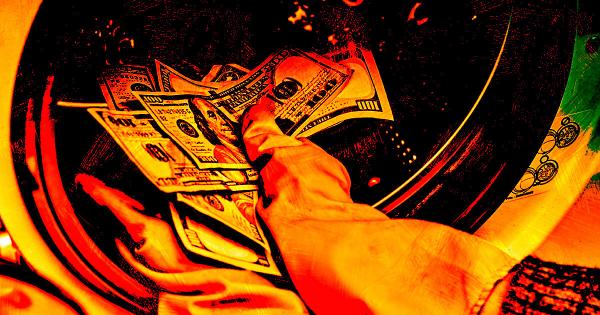 Elliptic Connect, a blockchain data analytics firm, released a report Wednesday — widely covered in both the crypto and  news media — entitled “Cross-chain Crime: More Than Half a Billion Dollars has Been Laundered Through a Cross-chain Bridge.”

The report claims that $540 million worth of crypto had been “laundered” through the RenVM bridge, which is a part of Sam Bankman-Fried’s Alameda Research.

Elliptic states “the RenBridge has facilitated the laundering of at least $540 million in proceeds of crime.”

The article also promotes a new analytics tool called “Holistic Screening.” The analytics application “allows proceeds of crime to be traced, even when they move between blockchains through services such as RenBridge.”

Visualizations of Holistic Screening showcase its ability to map and trace transactions between known wallets across blockchains.

However, the language used could be considered misleading when aligned with the concept of “money laundering,” which requires an application to be able to ‘wash’ funds so that they cannot be traced back to their original owner.

Ren runs on a public blockchain without any mixer technology handling the cross-chain bridge. RenMAX, a core contributor who works in operations at Ren Labs, told CryptoSlate,

“Every transaction through the Ren Bridge is completely public, transparent and on-chain. Each Ren deposit address is deterministically created using the address intending to receive the asset on the other side, meaning you can always determine which addresses are tied together.”

He continued to describe the process by which transactions can be publicly verified on-chain and confirm that it is “impossible to hide or launder any assets through Ren.”

“As such it is impossible to hide or launder any assets through Ren as every transaction and interacting addresses are fully traceable.”

In an Aug. 10 tweet, Elliptic promoted its analytics technology, stating that it “merges every crypto asset and blockchain into a single financial network.” There is a myriad of potential use cases for analyzing and investigating potential bad actors with its Nexus product.

While the Elliptic toolset may be able to streamline and improve the traceability of blockchain transactions, it is unclear how it can reveal information that is not already public.

Cross-chain financial crime is the new reality for cryptoassets. Elliptic Nexus merges every cryptoasset and blockchain into a single financial network, consisting of hundreds of billions of datapoints and reveals risk that isn’t visible when only looking at specific assets. pic.twitter.com/5q9uWfrFC7

The Ren bridge allows users to move crypto assets between blockchains through wrapped tokens such as renBTC, renZEC, and renBCH.

Ren uses nodes called ‘Darknodes,’ which are “periodically shuffled into random non-overlapping groups, known as shards to make it resistant to attacks. The secrecy of ‘Darknodes’ is unrelated to on-chain privacy regarding bridged assets.

Amid widespread reports of Ren being used for money laundering, it launched Ren 2.0, an upgraded version of its RenVM protocol. The announcement was overshadowed by the Elliptic article that tied the platform to North Korea hacking groups.

Ren 2.0 adds additional security and features to the protocol with no mention of the privacy features that would be required for it to facilitate money laundering successfully.

1/ Today, we are excited to introduce the next iteration of Ren in this emergent Multichain world ✨

As confirmed by renMAX, all Ren transactions are fully transparent and visible through the Ren Explorer. The below image illustrates a transaction allowing Bitcoin to be moved to the Ethereum blockchain through the bridge. The recipient and sender’s addresses are visible, making it of little use to money launderers.

Ren’s Discord community was noticeably upset with the press coverage. One user told CryptoSlate, “it is quite worrisome, especially if OFAC or any other regulator issues a blanket ban without due diligence.”

The concerns emerge at a time when the U.S. Treasury Department has sanctioned Tornado Cash, causing Circle to freeze wallets related to the protocol.

The Ren bridge has reportedly transferred over $12 billion in assets, with many belonging to retail users wanting to experience an open and freely interoperable blockchain ecosystem.

UPDATE August 13: Elliptic Co-Founder, Dr. Tom Robinson, reached out to CryptoSlate in response to the article. We are including its response for balance.

“It’s simply not true to say that it’s “impossible to launder any assets’ through Ren Bridge”, and none of the responses debunk any of our findings. RenBridge transactions do not need to be hidden for RenBridge to have been used for laundering purposes.”

He continued to explain that “layering” is a process of “carrying out complex financial transactions in order to camouflage the illegal source of the money,” suggesting that the use of the Ren Bridge has been used in this step of the money laundering process.

“It’s not necessary for the money flows to be impossible to follow or intentionally hidden for a bridge to be effective at laundering.”

Robinson continued to explain that Elliptic’s tools aid compliance officers in exploring the blockchain and simplifying the process, something that is already highlighted above. He further directed CryptoSlate to a YouTube video showcasing an example of a transaction through the Ren Bridge that was not transparent. However, on analysis of the video CryptoSlate was unable to confirm any opaque transfers in the example.

In conclusion, Robinson claimed, “The obfuscation and layering achieved by passing the assets through RenBridge did undoubtedly aid in camouflaging the illicit origin of the funds described in our research.”

UPDATE August 16, 6 PM BST: CryptoSlate has been made aware that some older transactions dating back to 2021 are not visible on the Ren Explorer, which may aid money launderers by adding a level of complexity to tracing the funds. It is possible to trace said funds by checking the explorers of the underlying tokens, but there is an additional layer of difficulty. Ren has confirmed with CryptoSlate that this is due to a bug with the explorer and is of high priority for Ren to update.