Lawmakers in the United States are alarmed about the effect of Bitcoin adoption as a legal tender on the US Dollar. 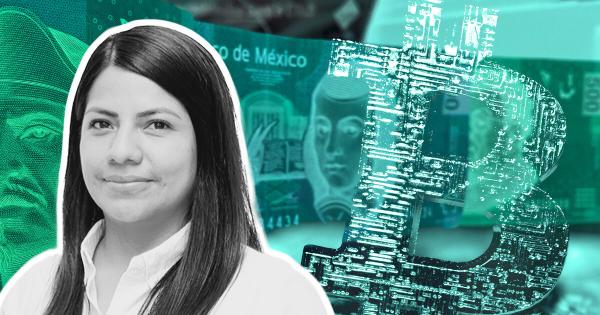 Bitcoin adoption as a legal tender could spiral to a new high as several governments around the world are already looking at the practicality of adopting the flagship digital asset within their jurisdiction.

According to available information, a Mexican Senator, Indira Kempis, is working on a bill that will see Mexico accept Bitcoin as a legal tender. The bill will be fashioned after El Salvador’s Bitcoin law and is expected to be submitted to the Mexican Congress later this year.

Senator Kempis believes that the adoption of the asset would be a potential driver of global financial inclusion for the country.

In her words, “It is clear to me that financial exclusion is one of the public problems that few of us have addressed with feasible alternatives, and that this type of technology is allowing us to generate an alternative so that millions of people can be included in the financial system.”

Kempis is not the first government official in the country to push for crypto adoption; others like Eduardo Murat Hinojosa started working on crypto-friendly legislation last year when El Salvador announced its adoption of BTC.

However, it is unclear if this bill will see enough support when it reaches Congress. This is considering the declaration of the country’s president in October last year that Mexico will not follow the footsteps of the Central American country.

El Salvador became the first country to adopt Bitcoin as a legal tender last year, and its adoption has helped boost the country’s tourism sector by 30%.

While pro-crypto lawmakers around the world are looking to make Bitcoin a legal tender within their jurisdiction; international financial organizations like the International Monetary Fund (IMF) have released papers and urged El Salvador to ditch the legal status of the flagship asset.

According to its most recent warning, crypto-assets like Bitcoin carry a “large risk,” and its usage could affect the “financial stability, financial integrity, and consumer protection” of citizens in the country.

Lawmakers in the United States have also been forced to act as they recently set up an investigation to look at the effect of El Salvador’s adoption on the economy of the US.

If several countries were to adopt Bitcoin as a legal tender, this could affect the US Dollar status as the reserve currency of the world later in the future.

Bank of Mexico planning to launch CBDC by 2024