If the world's top artists left their names off of their artwork and sold them as NFTs would they have any value? The Pyramid project is looking to find the answer 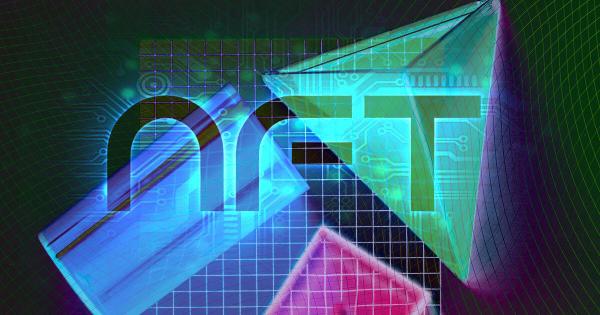 A new NFT project going by the name “The Pyramid” is launching an NFT series that aims to answer the question; “What if a potential buyer had an opportunity to buy art for art, sans the artist’s market value and hype around the name?”

The Pyramid contains artwork from artists who have exhibited at notorious galleries such as The Louvre and the Guggenheim. The work goes on sale on April 28 via OpenSea.

The artists decided to use NFTs as a way to

“challenge their self-perpetuating pursuit of recognition and completely drop names, genders, status, and other social assets—to create a collection of anonymous 58 pieces of digital art, each coming with an NFT certificate of ownership and authenticity.”

According to their website, the project is run by NFTMASTERS, who claim to be “a group of experts in the world of art, culture, finance, technology, law, and project management” according to their website. However, their Twitter account currently has just 2 followers, so it will be interesting to see whether art created by celebrated artists retains its value when all hype, notoriety, context, and fame are removed.

Who are the artists?

Interestingly, one of the few artists that the NFTMASTERS Twitter account follows is Beeple, whose art sold for a staggering $69 million last year. The untrained eye could posit that some of the artwork listed on The Pyramid website may mirror Beeple’s style, but there is no way to know for sure given the experiment’s premise. Further, given that the artists are supposed to be anonymous, it is more than likely that this is a false flag.

The NFTs all contain unlockable content, which will link to the original file used to create the artwork. Each artist took a theme from a “Pyramid of meta human needs,” including instinct, fortress, heart, status, meaning, beauty, and glory. The artwork mixes video, computer graphics, and digital artwork across each central theme.

The Pyramid has assigned a pseudonym to each artist. However, looking at their Twitter followers, it seems at least one of the artists is not married to the anonymity aspect of the project. Commercial artist Sergey Gorodenskii, who has had shows in Russia and worked with international brands, added his pseudonym to his Twitter name and posted some of the artwork to his Instagram page. However, the rest of the artists do appear to be anonymous.

The level of notoriety held by the artists involved in this project is unknown. Yet, if they have exhibited at the prestigious museums claimed by NFTMASTERS, this will be an exciting project to watch.

NFTMASTERS were involved in the tokenization of artwork at the Hermitage Museum in St. Petersberg, according to their website. Hence, it is feasible that they have the connections to bring in famous artists. For years many have claimed that the modern art market is built on smoke and mirrors of fame and celebrity rather than the art itself holding any actual value. Similar questions have been raised with the rise in the popularity of NFTs.

The Pyramid project looks to tackle both of these questions in one. Will NFTs created by some of the world’s best artists have any value if their names are removed, and they are sold in digital form?