XRP set 900 days of lower highs, and its downtrend may just be getting started

It has been a rocky past few years for the price of XRP. 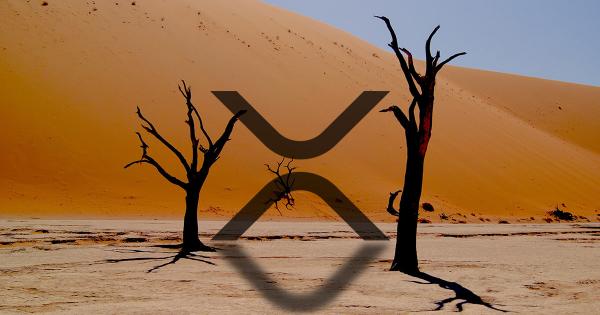 It has been a rocky past few years for the price of XRP. After incurring an explosive rally that sent it up to highs of nearly $4.00 in the first week of 2018, the cryptocurrency watched its buying pressure evaporate, causing it to plunge alongside the rest of the market.

This decline eventually led it to lows of under-$0.10 that were set just a few months ago. It has been underperforming both Bitcoin and all of its other peers and just recently ceded its position as the third-largest crypto to Tether.

In total, XRP has been setting lower highs for over 900 days now. One analyst is even noting that this trend may persist even longer.

Recent data regarding the resurgence of the PlusToken Ponzi scheme moving their massive crypto holdings may also spell trouble for how XRP trends in the weeks ahead.

XRP isn’t the only major cryptocurrency that has posted major losses over the past few years. Still, it is the only one that has been unable to erase any of these losses throughout multiple market-wide uptrends seen in recent times.

This has led it to form countless lower highs over the past several weeks and months. It is a strong possibility that this trend is the root of its inability to push higher.

In total, the cryptocurrency has been trending downwards for 901 days. Analysts do believe that this weakness will persist in the days and weeks ahead, potentially leading it down towards $0.15 in the near-term.

One trader who goes by the name “Pentoshi” spoke about this possibility in a recent tweet, explaining that he doesn’t believe a fresh cycle can begin until this level is reached.

“XRP: 901 Days of lower highs… It has been entirely left behind in the markets with each mini ‘alt season.’ However, I think 1500 sats or .15c is an attractive long term entry… A new cycle will begin.”

PlusToken could perpetuate the crypto’s decline

One factor that could spur a further extension of this multi-year XRP downtrend is a potential torrent of selling pressure from the now-defunct PlusToken scam.

Thomas Silkjær – the founder of xrplorer – spoke about this data, saying:

As seen in the below graphic, these tokens are currently being distributed to wallets associated with a plethora of different exchanges, but most have been directed to Huobi.