With the eSports industry projected to be worth around $1.4 billion by 2020, and more males aged 18-25 tuning in to watch eSports than traditional sports, the eSports space is certainly one worth to pursuing.

The game is unique in that it utilizes a hybrid on-chain and off-chain system. While the buying and selling of cards are recorded on the immutable blockchain, the gameplay exists off-chain to allow seamless gameplay and reduce congestion on the Ethereum network.

This can help avoid some of the problems that CryptoKitties experienced at the peak of its popularity. 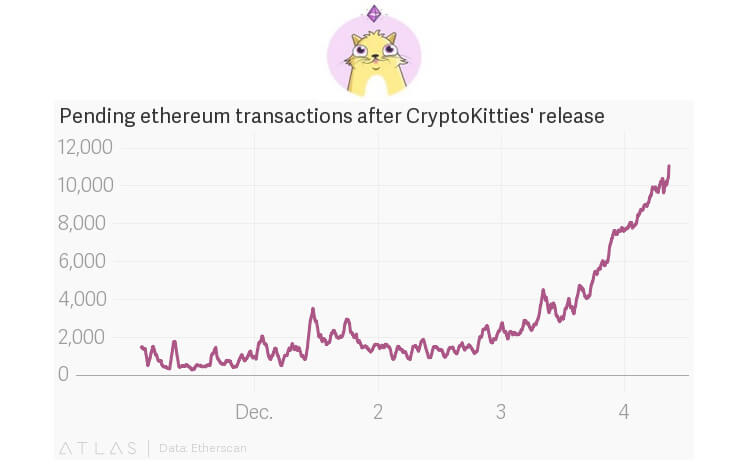 The ability of the game’s blockchain to secure the ownership and ensure the scarcity of cards provides an interesting wrinkle to traditional gaming. By doing so, cards are not only functional strategic options but also valuable crypto collectibles with real economic value.

While anyone is free to play using its traditional cards, Gods Unchained’s presale currently offers exclusive card decks ranging from Rare, Epic, Legendary and Shiny Legendary. The four decks are priced at 0.012, 0.075, 0.112 and 1 Ethereum, respectively, with each offering a possibility of finding two of the three last remaining Mythic cards.

The Mythic cards are one of a kind cards, with only four created per year. The bid for Hyperion, the third Mythic not offered in presale decks, is currently at 137.84 ETH or approximately $69,000. 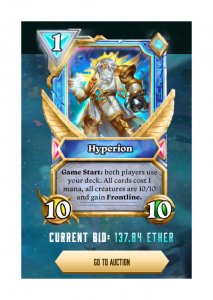 Ten percent of the presale decks’ proceeds will be used to fund the grand prize of the World Championship set for Q1 of 2019. Currently a little over $260,000, the fundraising goal of the Grand Prize is a hefty $1.6 million for the potential 20,000 participants who purchase the ECR20 entry ticket.

In addition to the World Championship, Fuel Games plans to host free weekly Battle Royale tournaments that will reward winners with prizes and a permanent enshrinement on the blockchain.

While yet to officially launch gameplay, the combination of nostalgia for past competitive trading games, like Magic, and its unique blockchain capabilities could make Gods Unchained the most successful dApp in Ethereum’s history.