With a 90% YTD loss, Algorand is the worst performing major crypto of the year 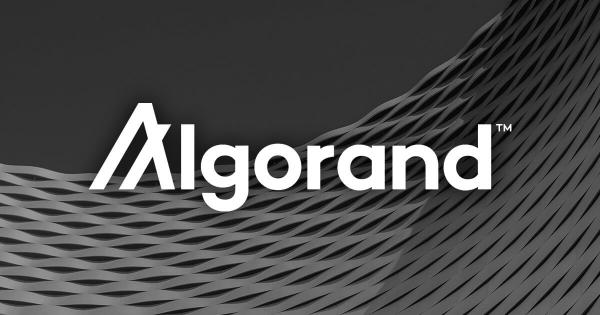 Algorand (ALGO) is the worst-performing major crypto of the year, having dropped more than 90 percent since January 2019. The company’s token sales and ambitious decentralization goals drastically reduced the community’s confidence in the project, as many criticized its overvalued market capitalization.

Algorand, a Boston-based blockchain company created to improve blockchain decentralization, has been making the news this year, partly for its ambitious token sales and partly for the widely contested inaccuracies published by the company.

Earlier in June, the company completed its inaugural token auction which sold out in under four hours due to oversubscribed demand. The company raised over $60 million in a token sale on CoinList, in addition to the $66 million it raised in 2018 from major venture capital firms such as Union Square Ventures and Pillar Venture Capital.

With each token being sold for $2.4, and a capped supply of 10 billion coins, many criticized Algorand’s self-valuation, calling it overly ambitious. If the coin was to keep roughly the same price as it had in the latest sale, Algorand’s $24 billion market cap would make it the third-largest coin in the world.

However, it seems that the company has soared too high with its valuation, as the promising coin has become the absolute worst performer of the year. Out of the top 200 coins by market capitalization, Algorand lost more than 90 percent of its value according to data from CoinCodex.

Is Algorand guilty of false advertising?

Algorand has been on the receiving end of a lot of criticism for the better part of the year. Back in June, analysis from ICO Drops found that while the hype around Algogrand was high, so was its risk rate.

It became one of the most popular projects of the year thanks to the publicity of its founder, Turing Award and Gödel Prize-winner Silvio Micali. The company aimed to improve blockchain decentralization by utilizing the Byzantine Agreement protocol. Its consensus algorithm, similar to a traditional proof-of-stake one, requires minimal computation in order to qualify as an honest block producer on the network.

But, the company’s laissez-faire approach to selecting new block generators and validators, in which it assumes that 2/3 of block producers are honest, wasn’t well-received by the crypto community. With no network incentives or any kind of financial rewards going to block generators, honest nodes could easily leave the network that gives them no monetary support.

The diminishing trust the crypto community had in Algorand was further reduced when it was uncovered that the company shared incorrect information in its promotional material. Earlier this year, the company claimed its network handled more than 50,000 transactions in less than a month since its launch, saying it was equivalent to 6 months of transactions on the Bitcoin network.

The information shared on the company’s website and Twitter account was later repeated by Steven Kokinos, Algorand’s CEO, who added that they processed “2-3 months of Ethereum transactions” in 30 days.

While both the company and Kokinos apologized for the mistake, saying it was unintentional, the crypto community seemed to see it as one red flag too many. Not even the company’s buyback policy, which offers a 90 percent return on the coin within a year if the clearing price if above $1.00, managed to repair the damage done.

Algorand, a Boston-based blockchain company, raised over $60 million in a token sale held on CoinList.

Binance US, Binance’s crypto trading created exclusively for customers in the United States, announced that it had listed two new cryptocurrencies–Algorand (ALGO) and Zcash (ZEC).