From a technical perspective, Bitcoin is bearish, according to many traders. 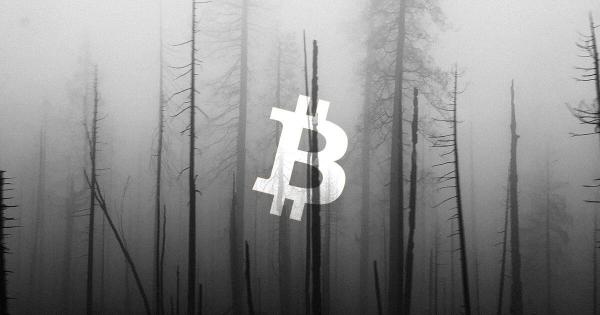 From a technical perspective, Bitcoin is bearish, according to many traders.

On-chain trends, which show that miners and other large players have begun to liquidate their holds, have also begun to show that there is reason to believe Bitcoin may retrace.

But multiple analysts have commented that there’s a crucial reason why they’re hesitant to build a short position here: Wall Street inflows.

The entrance of prominent Wall Street names into the crypto asset space has made many hesitant to go short here. A hedge fund purchasing $1 billion worth of BTC, for instance, would likely immediately invalidate any bearish pattern that may appear on the chart of Bitcoin.

Why many traders are hesitant to short Bitcoin right now

A historically accurate trader known as “Bitcoin Jack” is hesitant to short BTC now, after gauging the institutional adoption of cryptocurrencies as of late:

“One of the reasons I forfeited on the idea to get another significant short position is that I don’t want to be betting against brute force of billionaires.”

He added that while there are technicals that suggest Bitcoin has room to drop to the downside, these signals can easily be “blown out of the water” with the amount of capital flooding into the space:

“Reality is that I don’t know what will happen from here. Big cash flows are entering Bitcoin. Technicals that say downside is possible can be blown out of the water, whilst we should also not forget that institutionals don’t dictate bitcoin entirely, yet.”

Just yesterday, an insurance company with at least $230 billion under management made its first purchase of Bitcoin, buying $100 million worth.

Then, just an hour ago, MicroStrategy announced that it is prepared to purchase $650 million worth of BTC in the coming weeks, which will almost certainly have an impact on the market.

Another trader known as “Mayne” also echoed Jack’s concern, asking his followers if they think “large players” buying BTC will be enough to negate the bearish technical trends playing out on the charts.

I’ve been bearish on #Bitcoin near the highs based purely on TA.

Literally HTF SFPs on Eth and Btc at the top.

With these large players buying in at these levels maybe this time it’a different?

What do you all think?

One looming fundamental threat to Bitcoin’s price action, though, is the expectations of increased crypto-asset regulation.

Many believe that in the coming days or weeks, the U.S. government will release regulations that may make it extremely tough for those without identification to interact with much of the crypto space.

Many on Twitter have already expressed that if such regulation is released, the market could see a similar drop to those seen in 2017, when BTC would rapidly drop by 30 to 40 percent in a week due to news regarding regulation.