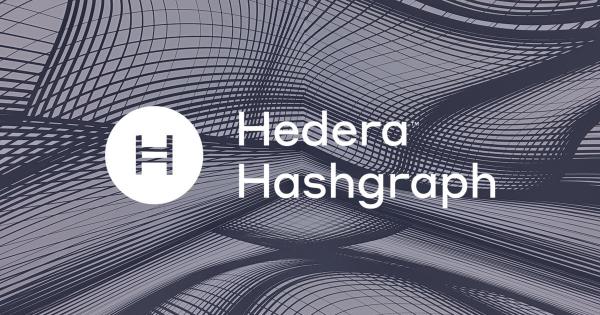 Hedera Hashgraph (HBAR), a cryptocurrency that increased by more than 350 percent after Google became a member of its Governing Council, rallied by 40 percent on the day.

In the same period, major cryptocurrencies like Bitcoin and Ethereum have remained stagnant, with relatively low volumes.

Why did Hedera cryptocurrency see a 40 percent upsurge?

Following the near four-fold rise in its price on February 11, 2020, HBAR went onto drop by around 65 percent from its peak.

Within merely two weeks, HBAR plunged from $0.084 to $0.029, quickly becoming one of the poorest performing cryptocurrencies in the second half of last month. Based on the absence of major fundamental developments, partnerships, and product release since the pullback, it seems the upsurge was more technical than fundamental.

On the daily chart of HBAR, the cryptocurrency rebounded right at the 50-day moving average, and proceeded to recover strongly in the weeks ahead.

Since HBAR recovered from the 50-day moving average on February 26, it rallied by 115 percent against the USD. Cryptocurrency trader Scott Melker noted that the cryptocurrency market’s strong performers like HBAR in the second half of February massively outperformed global financial markets.

“Global markets have had two of the worst weeks ever while we are over here multiplying our portfolios trading assets like HBAR and COTI. This has been one of my best weeks in trading ever – being able to profit on alt moves while the rest of the world melts down is priceless.”

The Google effect lives on

Google’s confirmation of its role as a council member of Hedera has had a large impact on the price trend of the cryptocurrency, and acted as a turning point for the asset.

“As part of our council membership, Google Cloud will operate a Hedera network node, and make the ledger data available for analytics alongside GCP’s other public DLT datasets, bolstering GCP’s position as the cloud provider of choice for DLT networks and decentralized applications. We’re inspired by what Hedera has accomplished to date, and look forward to providing the infrastructure and technologies to support what’s possible with distributed ledger technology.”

Prior to the release of Google Cloud’s statement, the cryptocurrency was traded with minimal volume, unable to recover beyond key levels such as the 50-day moving average.

It wasn’t until Google’s council membership was publicized that the cryptocurrency climbed above 50-day moving average and saw strong momentum.

Its daily volume increased by nearly ten times from before and after Google’s council membership was announced, causing a clear rise in demand within the cryptocurrency market.

The crypto markets have seen some insane price action over the past several days and weeks, with Bitcoin racing above $10,000 as a plethora of different altcoins see returns that can only be accurately described as being parabolic.

Hedera Hashgraph could be making fundamental tradeoffs to achieve its touted 10,000+ transactions per second.

Hedera Hashgraph, a company using an improved blockchain version that claims to be faster, securer, and more scalable than existing blockchain networks raised $100 million in a private, funding round.