The computer scientist claims to have “invented” Bitcoin. 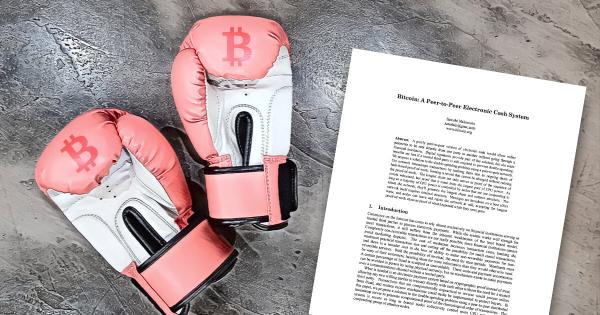 Photo by Arisa Chattasa on Unsplash

The computer scientist claims to have “invented” Bitcoin. And he is now forcefully taking over the asset’s open-source whitepaper.

Take down the whitepaper

Controversial Australian computer scientist Craig Wright is now threatening to sue the Bitcoin.org website, which hosts the asset’s nine-page whitepaper, among others, years after he first started to claim ownership of having invented Bitcoin.

Lawyers hired by Wright have enforced and sent out “copyright claim” letters on three sites that work towards Bitcoin education and adoption: Bitcoin.com, Bitcoin.org, and Bitcoincore.org. They allege that the whitepaper is Wright’s property and cannot be republished or used without his consent.

As per documents, the letters were sent in accordance with the English Civil Procedure Rules, Pre-Action Protocol for intellectual property claims. Such letters are usually sent out to caution a person about possible court proceedings if they do not stop their alleged infringement.

The only logical response to these silly legal letters.

On its part, Bitcoin.org said that it would not bend over and give into Wright’s censorship and supposed ownership of Bitcoin. “We will continue hosting the Bitcoin whitepaper and won’t be silenced or intimidated. Others hosting the whitepaper should follow our lead in resisting these false allegations,” it said in a post on Thursday.

The non-profit organization added that the Bitcoin whitepaper, which Wright claims to take ownership of, was both included in the original Bitcoin files and published under the permissive and free MIT license by Satoshi Nakamoto. This means Bitcoin.org (and any other organization/individual) has the legal right to host the whitepaper.

‘I am the founder of Bitcoin’

Meanwhile, some individuals on Twitter urged the public to join Bitcoin.org’s fight against Wright’s claims. “If you want to contribute to http://bitcoin.org’s legal defense against’s CSW’s copyright claims over the whitepaper and alleged ownership of the domain,” said CobraBitcoin.

Starting in 2016, a series of articles and reporters linked Wright to Satoshi Nakamoto, the pseudonymous inventor of Bitcoin, claiming at the time that he had invented Bitcoin and “digitally signed messages using cryptographic keys created during the early days of Bitcoin’s development.”

As such, Wright has a long list of court cases and has previously made false statements regarding his involvement in projects. The scientist claims to have a doctorate in theology, comparative religious and classical studies, awarded in 2003 but has not stated which institution granted this doctorate.

In 2015, he claimed to have a Ph.D. in computer science from Australia’s Charles Sturt University, but the university told Forbes that it only awarded him two master’s degrees and not a doctorate. This, however, was later awarded in February 2017.