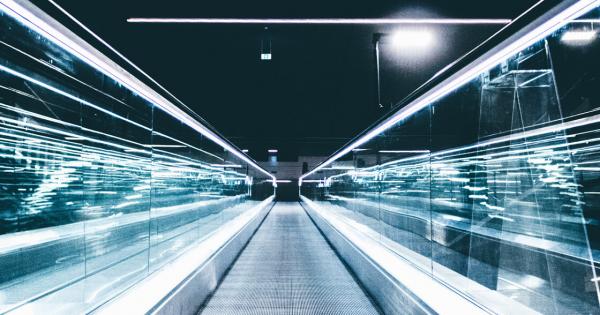 Photo by Tomasz Frankowski on Unsplash

Since the release of its first online marketplace in 1999, Alibaba has expanded into Digital Payments, Financing, Health Services, Entertainment and now, onto the Blockchain.

In addition to operating one of the largest e-commerce platforms globally, Alibaba also operates AliCloud, the companies cloud computing arm. AliCloud is China’s largest high-end cloud computing provider and according to a 2018 study conducted by Synergy Research Group, recently entered the top 5 cloud service companies in the world.

In order to maintain its momentum, AliCloud continues to diversify its business model. Following recent industry trends, the company has branched out into the emerging IoT marketplace signing strategic partnerships with Bosch and providing the support network for Phillips’ smart home systems.

In a preemptive maneuver to unify the providers of IoT devices and set standards of how companies will support this new industry, Alibaba has formed the IoT Connectivity Alliance.

The ICA is an important step toward a stable IoT ecosystem — without interoperability between company platforms, the burgeoning industry will continue to fragment and crumble under its own weight.

ICA alliance has announced Xiamen Zhongchuan Internet of Things Industrial Research Institute, a subsidiary of Waltonchain, as one of the 300 members of their Alliance.

WTC’s integration of blockchain technologies into the IoT ecosystem will improve manufacturers ability to validate, maintain and verify their products on a decentralized platform.

Waltonchain provides cost-effective use cases at every level of IoT ecosystem. The WTC blockchain integration has already seen use within supply chain management, companies such as Septwolves, Lipson Plastic, and SMEN have been using Waltonchain RFID tags to increase stock turnover by 5.8%and triple inventory efficiency.

Waltonchain’s ability to support sidechains and smart contracts also provides companies to create tailor-made data structures that can be custom built to suit the business’ needs.

In the case of IoT devices, the company’s sidechain could act as a validation mechanism for the device, ensuring the device is certified, up to date and operating within specifications.

These side chains also provide interoperability with other sidechains and the parent chain, allowing devices from different manufacturers to operate in a transparent and interconnected manner. By creating secure transactions on the blockchain, this level of openness and transparency may also be accessible by the user, providing feedback and analytics of which devices been communicating with each other in a verifiable manner.

The IoT alliance is aware of the many issues faced by this new industry — it’s existence is an acknowledgment of the reluctance present within the IoT device industry to provide adequate device support standards. The IoT Alliance website states:

“ [ICA]actively cooperated with various industry standardization organizations to establish cooperation and complementarities, and has broken through the existing fragmented technology standards to address the current industry standards fragmentation of the Internet of Things, interoperability and lack of security capabilities and other pain points”

This behavior has already caused waves of concern within Internet security communities, as these ‘headless’ servers are often co-opted into botnets. As manufacturers discontinue support for their device’s software after a few short years, they are left vulnerable to malicious software that abuses their internet connectivity to perform DDOS attacks or act as points of ingress for the rest of the network.

By tying these devices to a blockchain that requires verification and validation procedures before accessing the open internet, device manufacturers may be able to mitigate the ongoing maintenance issues associated with their software.

Should any of these devices outlive their manufacturers or user become dissatisfied with the level of support being provided, the interoperability of sidechains would allow open source communities to provide alternative solutions.

The coming decade will see a drastic shift in internet traffic as consumers begin to adopt smart always-on devices that utilized internet connectivity to augment their functionality, network activity will be increasingly dominated by devices talking to and interacting with other devices

This level of digital integration within people’s lives will require a drastic overhaul to develop an accessible and secure digital marketplace.

Blockchains like Waltonchain that provide enterprise level solutions to benefit both customers and companies will prove to be invaluable tools in the changing digital economy. Promising to provide greater transparency and efficiency, solutions such as Waltonchain present the end user with a supply chain they can trust, from start to end.