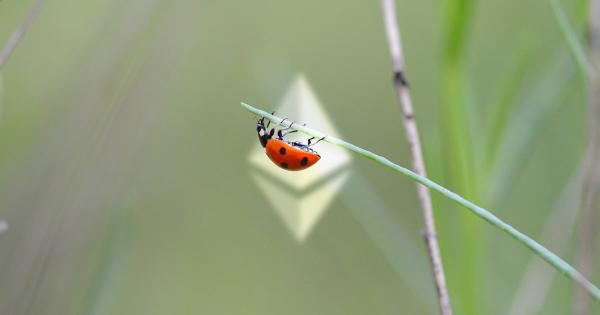 Photo by Charlotte Descamps on Unsplash

Last week, a coin attempting to leech off the success of Yearn.finance (YFI) launched.

Dubbed “Soft Yearn” (SYFI), the Ethereum-based crypto asset was launched with the premise of emulating the price of 0.0003 YFI through a rebasing mechanism popularized by Ampleforth (AMPL). As the project’s website reads:

“Soft Yearn is an adaptive cryptocurrency that will expand or contract its supply automatically. A soft pegged currency is tied to another currency. When a soft pegged currency has a significant difference from the main currency’s price, the contract or expansion algorithm will converge the market price to the pegged price.”

Uniswap price tracker Chartex recorded the coin rallying around 1,000 percent in the two hours from its launch. At the peak, at $190, the coin had a market capitalization in the millions, despite it only launching just hours earlier.

But just a day after its launch, SYFI crashed by over 99.9 percent to under a cent, with the coin becoming a laughingstock on Twitter as millions of dollars worth of wealth evaporated within moments.

What happened was that there was a bug in SYFI’s rebasing mechanism that allowed an anonymous user to obtain a large sum of coins during the rebase to SYFI = 0.0003 YFI, then sell those coins at the pre-rebase price. There was also another bug that incorrectly rebased the coin to the target price.

As a result of these bugs, the user made away with 740 Ethereum, currently valued at around $250,000, despite him only putting up around $200 worth of ETH as starting capital.

Today, that user revealed himself and came clean, telling the story of what happened and what comes next.

On the morning of Sep. 6, a Twiter user with the handle “Amplify” released a 30-part Twitter thread, revealing that it was he that pulled off the impossible.

I am the person who sold $SYFI on uniswap at the same time as the Rebase.

Or, I am the person who exploited the rebase bug in $SYFI.

Or, I am the malicious actor who pulled the rug on innocent chads.

After identifying himself as someone with a small crypto account of under $5,000 and someone that has dabbled in arbitrage, Robinhood, stocks, and many other investment venues, he got into what exactly happened on that fateful day.

Amplify explained that he found SYFI through Telegram groups, where users regularly “ape” into coins with perceived intrinsic value for exponential profits. He eventually stumbled across SYFI, which he claimed he made an instant 200 percent of one ETH by buying the coin when it listed on Uniswap, then selling the top.

SYFI was heavily promoted because its ICO, conducted through an Ethereum-based platform called Bounce, sold out within a minute according to some users.

A day after the coin’s launch on Uniswap, the Soft Yearn team prepared for the coin’s first rebase.

Amplify, expecting the coin to potentially rally after the rebase took place, decided to buy back in with 0.5 ETH.

Due to the aforementioned bug, when the rebase happened, he was offered the opportunity to sell his sudden influx of SYFI coins for 740 Ethereum, again valued at around $250,000.

He took the opportunity. Chances are, there were likely other users looking at the exact same thing as he was, but didn’t pull the trigger:

“I didn’t know what would happen or where this fantastical made-up number in ETH would come from… Now, looking back. This was going to happen regardless. If I didn’t push that transaction through with 500 gwei, someone else would have (and likely did) with 490 gwei.”

And as we now know, Amplify succeeded, having drained the liquidity from the Soft Yearn pool, leaving most users with coins worth basically nothing.

While he didn’t explicitly say that he would be returning funds, the user has been gracious in his replies, pledging to return some of the funds to users who verifiably held SYFI or liquidity provider tokens at the time of the rebase. He added that he will be donating some of the capital to a Gitcoin grant of his choosing.

What’s next for SYFI?

SYFI took a big reputational blow. Still, the anonymous founders behind the project intend on moving forward with a relaunch of the coin.

“The Soft Yearn team is devastated by this event.  We understand everyone’s frustration and anger, please bear with us while we work on sYFIV2 to fix things.  Although this was a major setback, we believe we can come back stronger as we initiate our migration plan.”

It’s worth noting that a project attempting to accomplish a similar feat to Soft Yearn, the Chainlink-focused Soft LINK, has a mere $1.3 million market capitalization three weeks after its launch.