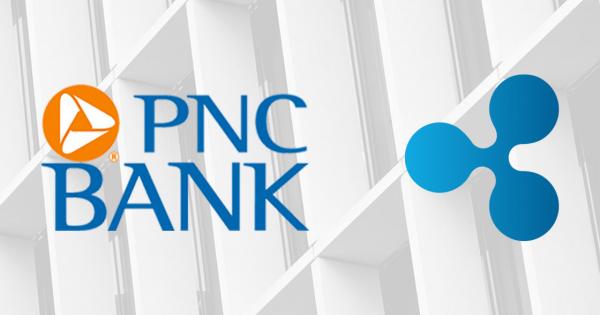 PNC is ranked 8th on the list of largest banks in the U.S., according to Business Insider. The banking giant is based in Pittsburgh, Pennsylvania, and operates in 19 states and the District of Columbia with 2,459 branches and 9,051 ATMs serving more than 8 million customers.

It was first reported by Reuters back in September 2018 that a division of PNC Financial Services Group Inc. (PNC.N) will use technology built by Ripple—specifically, Ripple’s liquidity product xCurrent—to process international payments.

A spokesperson for PNC said:

“[Using RippleNet will give us] the ability to receive a payment from an overseas buyer against their invoices instantly, transforming the way they manage their global account receivables and allowing them to better manage their working capital.”

Ripple has been making significant progress broadening the adoption of its technology.

Recently, the firm announced the addition of Xendpay, an UK-based remittance firm, to its pool of clients for its global settlements platform, RippleNet. The partnership will allow Xendpay to target new markets like the Philippines, Vietnam, and Indonesia and support currencies that were inaccessible in the past.

In addition, Ripple was able to secure a partnership with MoneyGram earlier this year for cross-border payment and foreign exchange settlement. The integration of XRapid helps MoneyGram send money from one currency and get it instantly settled in the destination’s currency. According to Ripple CEO Brad Garlinghouse:

“This is a big deal. If I were betting now, a year from now the MoneyGram deal will have a more consequential impact on the crypto markets than the Libra white paper.”

At the time of writing, XRP is not seeing a price boost despite the positive news and the recent announcement by a subsidiary of SBI Holdings that it will offer its shareholders dividends in the form of XRP tokens.