Ukraine is legalizing crypto – but what does it mean?

How governments react to new technologies continues to be a source of fascination for the media and broader tech sector. 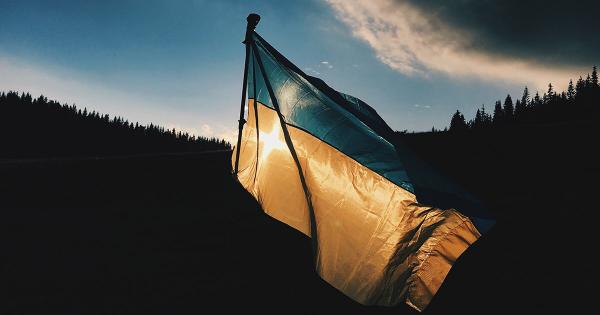 How governments react to new technologies continues to be a source of fascination for the media and broader tech sector. Even now, in 2019, the debate continues about whether or not regulators should have more control over the internet itself. So, it’s little surprise that the legal status of cryptocurrencies is still in a state of flux in so many countries.

However, regardless of how volatile the price is, Bitcoin isn’t going anywhere. Neither is the underlying blockchain technology or all the potential for digitizing assets that it brings with it.

Therefore, regulators around the globe are having to decide on the approach they take to dealing with cryptocurrencies. Some, like the US, are still debating. Others, like Switzerland, have taken a pragmatic approach in fitting digital assets into the existing financial regulatory infrastructure. In many countries, particularly across Eastern Europe, the default position is that cryptocurrencies are legal — simply because no legislation to the contrary has ever been passed.

Ukraine has just made itself an exception to this rule. The newly elected government has recently declared a broad commitment to creating a legal status for cryptocurrencies. The actions of Ukrainian lawmakers in this scenario provide a case study in how lawmakers can adopt an open-minded approach. The regulators formed a cross-disciplinary group comprising representatives from parliament, NGOs, and industry organizations.

Furthermore, his company is based in the heart of Switzerland’s Crypto Valley, and he also serves as a Board Member for the Blockchain Society in Canada. Therefore, the Velas CEO in a prime position to assist the Ukrainian government in leveraging blockchain and cryptocurrencies as part of its broader economic and digital transformation initiatives.

So now that the commitment is there, what comes next for cryptocurrency in Ukraine? The government’s plans are far-reaching, so there will be quite some ground to cover.

According to a report in one Ukrainian news outlet, the Deputy Minister for Digital Transformation stated that crypto users would “leave the gray zone and start paying taxes.” Taxing crypto may not be popular among users, but from a government perspective, it creates a whole new revenue stream that can be put to the public good.

A 2018 survey showed that 13 percent of tech-savvy Ukrainians own crypto. Therefore, cryptocurrency taxes are likely to be a valuable source of government funding for a country entering a period of economic growth. It’s expected that the taxes will extend to mining activities, as well as income from trading and wages.

Many governments have already started to recognize the potential that blockchain technology can bring. In the case of Ukraine, transparency in voting appears to be a particular priority for this administration. Speaking of his meeting with the Ukrainian president Volodymyr Zelensky, Alex Alexandrov stated:

“Mr. Zelensky has expressed significant interest in allowing systems that will enable voting on the blockchain for the next election. Such a system will avoid voting fraud, encourage higher turnouts, better voter participation, and improved transparency.”

In an interview with news outlet Pravda, Ukrainian Deputy Prime Minister Mikhail Fedorov elaborated further on the government’s blockchain plans. He indicated that he had looked to Estonia as an example of e-government in action. He even went into detail about Ukraine’s plans to issue digital driver licenses, digital student cards, and smart identity cards for every citizen. He stated:

“I want to turn the state into a simple service… so that when you interact with the state, you feel comfortable, just like [when]  you order Uber, or book a room on Booking or Airbnb.”

Members of the US government have been extremely vocal about the potential for cryptocurrencies to enable crime. Notably, President Trump tweeted they can “facilitate unlawful behavior,” and Treasury Secretary Steven Mnuchin believes they pose a threat to national security. All this fails to understand the role that cryptocurrencies and blockchain can play in bringing transparency to transactions.

Ukraine appears to be taking a different approach. President Zelensky rose to power partly on a platform of combating corruption, which has been problematic for Ukraine in the past. Again, speaking of his meeting with Zelensky, Alex Alexandrov stated:

“Zelensky wants to make Ukraine an example country for the world countries in how to implement blockchains, how to use cryptocurrencies, and how to create transparency in all economic facets to eliminate corruption.”

Although it’s not currently clear, it will be intriguing to watch exactly how this intent plays out. If Zelensky can demonstrate the potential of digital currencies to reduce corruption and financial crime, it may be that the US and other governments start to adopt a more open-minded stance.

Overall, Ukraine appears to have laid fertile ground for the adoption of cryptocurrencies and broader blockchain technologies. As the technology continues to mature, it’s likely that regulation and attitudes of lawmakers will also continue to evolve. Some countries are recognizing the potential that blockchain and cryptocurrencies can bring, whereas others may take longer. In many cases, pragmatism is winning out over fear of change.