Judge Chamberlain ruled Craig Wright had suffered damage to his reputation caused by Peter McCormack, however, falsified evidence from the Claimant led to the award of nominal damages. The U.K.’s High Court has approved a judgment in favor of Craig Wright in his defamation lawsuit with podcaster Peter McCormack.

Judge Justice Chamberlain ruled that McCormack caused severe harm to Wright’s reputation. But because Wright had falsified evidence in the trial, the judge opted to award the Claimant nominal damages of just £1.

Between March and October 2019, McCormack posted several tweets, and a statement during a YouTube discussion, to the effect that Wright is not Satoshi Nakamoto.

In response, Wright filed a legal claim in April 2019 on the grounds that McCormack’s actions had damaged his reputation on 16 counts.

The trial was heard between May 23 and 25, in which evidence was presented of McCormack asserting that the Claimant is not Bitcoin creator Satoshi Nakamoto. This included tweets that read:

“Craig Wright is a fraud, bring it or go jogging.”

“I confirm receipt of your letter regarding Craig Wright, who in my professional opinion is definitely not the person behind the pseudonym Satoshi Nakamoto”

Judge Chamberlain concluded that “it would not be a proportionate use of judicial resources” to “resolve the differences between the parties,” i.e., no ruling was made on Wright being Satoshi Nakamoto.

However, the judge stated that the 16 publications from McCormack did cause harm to Wright’s reputation, with the 16th publication (YouTube video discussion) being defamatory in nature.

By email, Simon Cohen of the law firm ONTIER LLP, representing Wright, said the ruling had successfully exposed McCormack’s “deliberate campaign” to defame the Claimant. Commenting on the falsification of evidence, Cohen said the legal team is reviewing the judgment “with a view to appealing the interpretation of Dr. Wright’s evidence.”

McCormack is pleased with the ruling

In response to the publication of the case findings, McCormack thanked his legal team and Judge Chamberlain for the outcome. However, he also mentioned that “the process is not complete,” and will refrain from passing further comments in the meantime.

As some of you will now have seen, the judgement in my trial v Dr. Craig Wright has now been handed down.

I want to thank my lawyers for their diligent work on the case.

I also want to thank Mr Justice Chamberlain for this result. We are very pleased with his findings.

The comments to McCormack’s tweet contained multiple messages of congratulations and offers to cover the damages.

Similar actions were filed against Magnus Granath; AKA Twitter handle @hodlnaut. The High Court will hear the defamation trial in late 2023, according to updated information from ONTIER LLP. 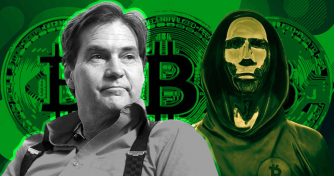 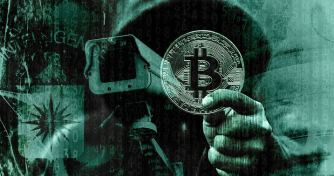 Was the CIA behind Bitcoin creator Satoshi Nakamoto’s ‘disappearance’? 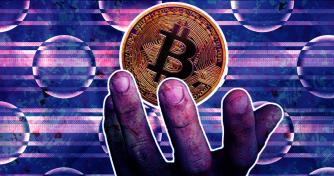