Dorsey believes that the platform is ready to move on from its founders. 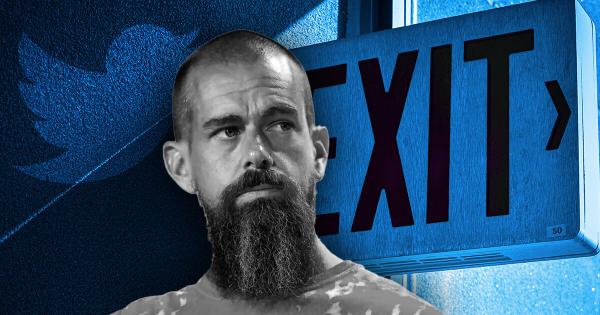 Photo by Tarik Haiga on Unsplash

Jack Dorsey, the founder of Twitter, announced that he will be stepping down as the CEO of the company, effective immediately. According to a statement published on Monday, Dorsey will be ceding his position to the company’s chief technology officer Parag Agrawal.

Dorsey said that his trust in Agrawal as Twitter’s CEO “is deep,” as his work in the company in the past 10 years has been “transformational.” He said he decided to leave Twitter because he believes the company is ready to move on from its founders.

not sure anyone has heard but,

“It’s his time to lead,” Dorsey said in a statement on Monday.

The market reacted strongly to the news of Dorsey leaving the company he founded in 2006. Twitter shares jumped 3.4% this morning in New York after lagging behind other tech giants for the better part of the year.

Mandeep Singh, an analyst at Bloomberg Intelligence, said that investors recognized that having one man head two companies wasn’t very effective in terms of execution. With Dorsey gone, Twitter should be on track to meet the ambitious monetization goals set last year, he added.

Earlier this year, the company said it plans on doubling its annual revenue to $7.5 billion by 2023 and increasing its user base by an average of almost 20% in each of the next three years, Bloomberg reported.

As the head of the hugely popular payment app Square, Dorsey has been spending an increasing amount of time focused on the crypto market and expanding the app to Africa. Last year, Dorsey came under pressure from Twitter’s largest shareholder Elliott Management Corp. for spending too much time away from the company. With his focus mostly on Square and the exponential growth both in value and the number of users it experienced last year, Twitter’s board of directors cracked down on Dorsey.

In an agreement with Elliott Management Corp., private equity group Silver Lake appointed three new directors to Twitter’s board and created a committee that would review Dorsey’s leadership and governance.

Dorsey, however, maintains that leaving Twitter was his own decision. In an email sent to company employees, he said that he will continue serving on Twitter’s board of directors until his term expires in May 2022, after which he will cut all ties with the company.

“I believe it’s critical a company can stand on its own, free of its founder’s influence or direction.”