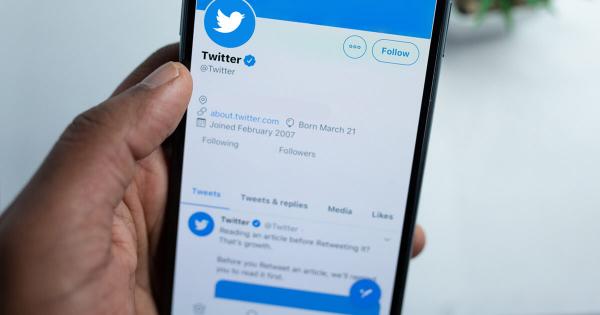 Photo by Solen Feyissa from Pexels

After introducing the Bitcoin tipping feature on its platform over a week ago, Twitter announced it was also working on the NFT feature. This is no joke, as a developer in the giant microblogging company today shared a sneak peek of the said feature, indicating that the platform would see NFT verification soon.

As promised, here is the first experiment. Feedbacks and ideas are welcome 🙂 https://t.co/TDyhibCXfG pic.twitter.com/2ifru9T2Pa

In a tweet yesterday, Mada Aflak, Twitter Spaces software engineer, demonstrated how the said feature would work. According to him, users would click on their avatar and select an NFT from their crypto wallet.


They would be redirected to OpenSea, the notable NFT marketplace, to download their NFTs, which they can add to their avatar. It would have the customary blue checkmark translating that the image belongs to the person.

Mada Aflak wrote in the tweet, “As promised, here is the first experiment. Feedbacks and ideas are welcome.”

Aflak indicated that that was just a demo of the feature, as it can still be subject to change since it’s not the final. Mada also solicited questions, suggestions, and feedback from the Twitter community.

What is more common nowadays is the use of crypto, or NFTs that users of the social media giant tend to use as profile pictures on their accounts. This is why Twitter is looking to authenticate each NfTs that could be attached to each profile as anybody could use any NFT image as their profile picture, as such, it could become quite difficult to know the rightful owner of the image.

However, Blockstream’s grubles has another opinion entirely to it as he believes the new development by Twitter might not be able to solve the problem it set out to solve.

According to him, “Twitter’s NFT authentication looks incredibly easy to defeat, and will just devolve into a pile of disputes which will ultimately be resolved by a Twitter person in a cubicle somewhere, proving the ‘centralization, but with more steps’ meme we’ve come to know and love about ETH.”