The founder of Tron will join the government of Grenada as its ambassador to the World Trade Organization. Photo by Laura Cleffmann on Unsplash

The Tron Foundation, the organization behind the TRON (TRX) cryptocurrency, today announced that it will dissolve itself next summer, leaving the blockchain’s ecosystem completely in the hands of its community.

📢@justinsuntron's Open Letter on #TRON's decentralization and Justin's appointment as the Ambassador.

✅The #TRON Foundation has settled to dissolve itself on July 25, 2021
✅Justin Sun has accepted the appointment as Ambassador, Permanent Representative of Grenada to the @wto https://t.co/UbBMgrRkMh

Simultaneously, Tron founder Justin Sun has revealed that he is stepping down from his position of CEO and will take up a job with the government of Grenada as its ambassador to the World Trade Organization (WTO).

“Sun’s expertise in the blockchain industry will likely breeze some much-needed fresh air into the regional economy, as Grenada and [intergovernmental organization] CARICOM are among the hardest hit by a Covid-led tourism industry shutdown,” said the Tron Foundation in a press release shared.

In his open letter to the community, Sun noted that “the TRON blockchain protocol is now essentially decentralized” and “sufficiently self-sustainable as a decentralized autonomous organization” (DAO).

“For the greater benefit of society, there’s nothing better than having a founder of a thriving community abdicate all power over users, assets, and data,” Sun added.

For this reason, the Tron Foundation’s three original nodes—”justinsuntron,” “BitTorrent,” and “µTorrent”—have withdrawn from the list of blockchain’s “super representatives” (essentially key players in the Tron’s governance system), leaving the network in the hands of 27 super representatives hosted entirely by the community.

As for his new appointment as Grenada’s ambassador to the WTO in Geneva, Sun said it would allow him to “fight for the interests of developing countries” as well as “promote the development of the blockchain industry and digital economy.”

“It’s time to forge closer collaboration between the blockchain industry and international sovereign states,” he stated. “I believe that the World Trade Organization’s recognition of blockchain technology’s value is of vital importance to our industry.” 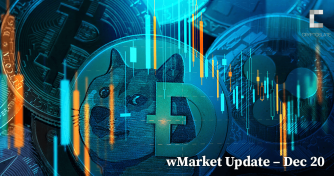 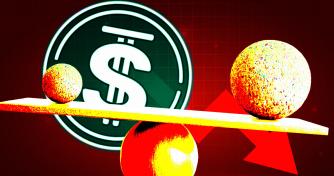 Tron’s USDD stablecoin falls to $0.97 as it loses dollar peg