Bitcoin transaction fees have been slashed across the market this week across a range of exchanges as SegWit adoption increases, dramatically improving transaction speeds and lowering costs. 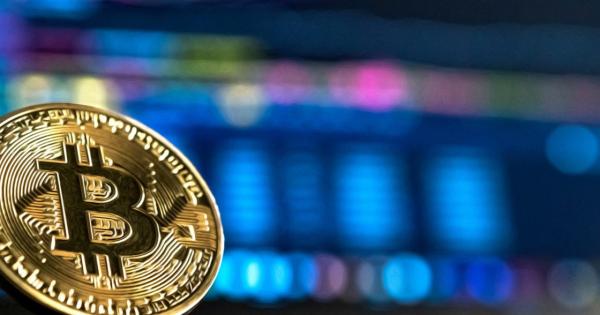 Bitcoin transaction fees have been slashed across the market this week across a range of exchanges as SegWit adoption increases, dramatically improving transaction speeds and lowering costs. Nanex, Bitfinex, Binance, and Kraken have all announced a reduction in Bitcoin withdrawal fees.

The recent release of the Bitcoin 0.16.0 software included implementation of full SegWit support in user interfaces, paving the way for widespread adoption of the optimization solution. Popular cryptocurrency brokerage Coinbase was one of the first platforms to announce SegWit adoption, with Vice President Dan Romero stating that the platform will also focus on implementing second-layer scaling solutions such as the Lightning Network:

“New technologies which require SegWit, like the Lightning Network, have the potential to significantly increase the usefulness of Bitcoin as a payment network and benefit customers. We currently have a dedicated full-time software engineer working on open source contributions to the Lightning Network,”

This increased adoption of SegWit has significantly decreased the number of pending transactions in the Bitcoin mempool due to the lower pending workload on the network.

SegWit is one of many solutions to the Bitcoin scalability problem, which caused Bitcoin transaction prices to spike to almost $30 per transaction earlier this year. Bitcoin’s native block size limit of 1 MB causes slow transaction speeds — the SegWit, or “segregated witness” solution separates some signature data from a transaction, thereby freeing up space on the Bitcoin blockchain for more transactions.

Scalability is an ongoing issue in the cryptocurrency ecosystem, as increasing consumer adoption is causing congestion on most blockchain networks — although Bitcoin is the most heavily affected. SegWit is the first solution to be fully deployed across the Bitcoin blockchain that addresses this issue — Bitcoin developer Nicolas Dorier predicted in 2016 that SegWit would be a game changer for the large-scale adoption of the cryptocurrency:

“Segregated Witness is a net win, there is not any downside to adopt it at all…  it prevents the user from adding too much fees by mistake. And last but not least, it increases the capacity of Bitcoin. I expect Segregated Witness adoption to follow an ‘S-curve’ — wallets will jump on it very quickly.”

Exchanges Drop Fees as a Direct Impact of SegWit Implementation

Bitfinex, one of the largest cryptocurrency exchanges in the global market, announced earlier this week that Bitcoin transaction fees would be subject to an immediate reduction following the implementation of SegWit, stating that fees would be lowered by 25%.

Since SegWit adoption we have managed to decrease our BTC withdrawal fees by 25%, to 0.0006 BTC.

We are working hard to reduce this number further in the upcoming weeks and we are excited by the improvements made possible by SegWit.

As Bitfinex accounts for more than $680 million USD  in daily trade volume, it exerts a powerful influence on other exchanges. Bitfinex’s announcement was quickly followed by an announcement from Binance, which accounts for roughly $1.4 billion in daily volume, who have reduced their fees by a competitive 50%.

Popular exchange platform Kraken followed suit later the same day, announcing that Bitcoin withdrawal fees would be reduced to 0.0005 BTC, while smaller exchange Nanex, not to be outdone, announced a fee reduction of 75%.

We may take a look at reducing $ETH fees, but due to how ETH works we need to give it some time and gather more data first.

Coinbase, however, has not announced a reduction in fees, a position that may prove unjustifiable as Bitcoin transaction fees continue to drop.

Bitcoin transaction fees and speeds are set to be improved greatly by the impending Lightning Network scaling layer, which promises transaction speeds of up to one million per second. Not all industry observers are in favor of the Lightning Network solution, however — Bitcoin developer Peter Todd has expressed concerns regarding the implementation of the layer, citing potential security issues:

“As for the Lightning protocol, I’m willing to predict it’ll prove to be vulnerable to DoS attacks in it’s current incarnation, both at the P2P and blockchain level. While bad politics, focusing on centralized hub-and-spoke payment channels first would have been much simpler.”

Regardless of the future impact of the Lightning Network solution, the recent implementation of SegWit is ultimately good news for cryptocurrency investors who are capitalizing on the reduction in fees and faster transaction speeds, driving the value of BTC up by 10.85% in the last 7 days.