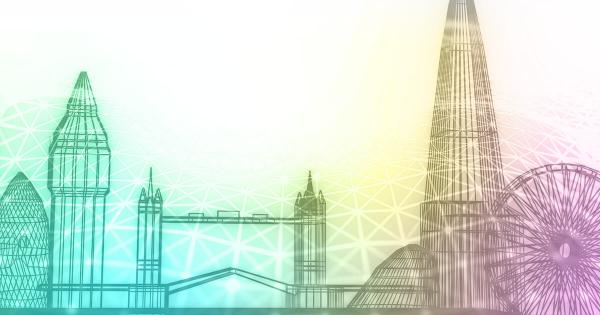 On June 9th, London’s first decentralized crypto community coworking hub welcomed its first season of web3 entrepreneurs to its new flagship venue. The coworking group—which goes by the name ThursDAO—is on a mission to build a web3 community hub that can be used as a resource by the city’s many crypto community organizers.

The first season of resident entrepreneurs consists of more than 30 individuals with diverse backgrounds between the ages of 18-40 years old. Our rapid emergence and growth present an interesting case study for decentralized community organizing and the use of DAOs (decentralized autonomous organizations) for in-real-life coordination.

My background is in digital strategy and community organizing. In 2016, my career began developing at the intersection of crypto and politics. I took a break from the blockchain industry in 2019 to work as a professional political community organizer for Elizabeth Warren’s presidential primary campaign.

I moved to London to complete a master’s degree in public policy at the London School of Economics and Political Science, but decided to stay when I realized the strength of the city’s burgeoning crypto community. Since then, I have applied my community organizing background to my career in web3, with ThursDAO at the core of these efforts.

ThursDAO currently operates out of The Bakery, an innovation lab that matches high-growth startups with corporate partners. Our rapid emergence overshadows a more than eight month organic effort that ultimately led to our new home.

It all began on Monday, August 30th, 2021, when Tim Copeland, my good friend and news editor at The Block, made a tweet calling for a new crypto meetup in London. Coronavirus lockdowns had just been lifted and this was a welcome call after months of working from home in solitude. A group began meeting at a bar in Shoreditch on Monday nights to chat crypto, and called ourselves MonDAO, which Tim still runs to this day.

One MonDAO evening, several attendees expressed the desire to work together during the week. Five of us met the following Thursday at a local cafe, and so began the unofficial origin of ThursDAO. This original group consisted of other community organizers, including an eerily similarly named Tim Coleman, organizer for Ethereum London, who continues to organize for ThursDAO.

After months of working out of the Fix126 cafe in Shoreditch, we were graciously invited to work out of the shared space in the Rise Barclays accelerator. Around the same time, something fascinating began to happen. Another group of crypto community organizers ‘forked’ the MonDAO meetup and started a new social event for those that lived in central London. They met in SOHO on Tuesdays and called themselves TuesDAO. Next came WednesDAO, a virtual gathering held over Zoom on Wednesdays. In support of this growing ecosystem, our crypto coworking club rebranded itself to ThursDAO and accelerated our organizing efforts.

The turbulent market landscape over the last month has made it even more crucial that web3 entrepreneurs have the resources, support, and network needed to continue to build through bearish conditions. This is what ThursDAO aims to provide.

It is important to note that ThursDAO is a not-for-profit. Our goal is to make our venue as accessible, affordable, and inclusive as possible. All of our ‘Core Contributors’ and organizers are completely unpaid (and often bear the brunt of unexpected costs). We subsidize membership dues with generous support from sponsors that believe in our mission—of which we already have several that include: Penrose Partners, SENTR3, Unegma, Zebu Digital, CoLabz, and of course, The Bakery. We are still looking for additional sponsors to help scale and expand our operations to multiple days a week and multiple venues across the city. We currently only meet on Thursdays but plan to expand to Tuesday and Wednesday by the end of July.

With more resources and members comes more opportunities. We hope to begin hosting auxiliary events in conjunction with other community groups that would include workshops, panel discussions, hackathons, founder speed dating, shared meals, and much more. The most exciting part about welcoming our first official season of members has been the exciting and creative ways they have volunteered to contribute.

Some members take responsibility for cleaning the space, others manage our inventory by ordering office supplies as they run low, one is building our upcoming website, and others help create content to grow our community. Founders are building products that we plan to use in our operations, such as a token gating tool for our entrance, an NFT rental market for our daily passes, and a recurring payment portal for collecting membership dues.

The “wen token” and “wen NFT” jokes have started appearing in our private Telegram channel. We currently don’t have any plans to tokenize our operation. However, the utility of DAO methodologies and tools are obvious for our long-term growth. The expansion of MonDAO through the week to ThursDAO highlights the speed and efficiency of decentralized community organizing.

My mind has been spinning with the similarities I have seen between my political and web3 organizing efforts. Both leverage the strength of communities around a shared goal and mobilize volunteers with incentive structures. My next experiment will aim to utilize DAO structures to impact our political processes. But until then—and during periods like these with so much fear, uncertainty, and doubt—I often find myself returning to the old campaign cry we would cheer on the Warren campaign: “Outwork. Out-organize. Outlast.”

G Clay Miller is a Partner and Head of Community at the web3 advisory firm, Penrose Partners. He is also the Founder of ThursDAO, a decentralized crypto coworking hub; and a core contributor at HODLpac, a DAO-like political action committee fundraising for pro-crypto candidates to the U.S. Congress. He previously served in the U.S. Senate Select Committee on Ethics, and as an organizer for Sen. Elizabeth Warren’s presidential primary campaign. G Clay is also an avid activist—having organized with multiple community groups including nonprofits like the Voter Empowerment Project, as a board member for Democratic Party caucuses, as well as with local crypto meetups in London where he currently lives.

ThursDAO is a decentralized web3 co-working hub on a mission to provide crypto entrepreneurs a home to collaborate, network, and partner. Learn More