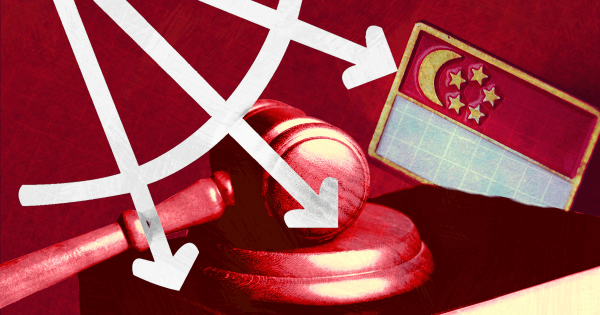 Singapore’s financial regulator has reprimanded three Arrows Capital (3AC) for providing false information about its operations in the country.

The Monetary Authority of Singapore (MAS) said that 3AC exceeded the threshold for how many assets under management (AuM) an investment fund in the country can have. According to the official statement from MAS, 3AC has been violating its regulations since at least July 2020.

As a registered fund management company (RFMC), 3AC was allowed to manage no more than $250 million in assets from 30 qualified investors. However, the company exceeded its allowable AuM limit between July 2020 and September 2020, as well as between November 2020 and August 2021.

In September 2021, 3AC updated its RFMC status from 2013 and moved the fund to an offshore entity in the British Virgin Islands. The company managed a portion of the fund’s assets in February 2021 but notified MAS that it intended to cease all of its fund management activity in Singapore from May 6, 2022.

Singapore’s regulators say that 3AC’s claims of moving the fund to an offshore entity were “false and misleading.”

“This representation was misleading as 3AC and the offshore entity shared a common shareholder, Mr. Su Zhu, who is also a director of 3AC.”

A letter of disapproval from MAS has no legal implications for the company. However, recent developments that questioned the solvency of 3AC have pushed MAS to launch a deeper investigation into whether the fund breached other regulations. If the investigation is fruitful, MAS could launch legal action against 3AC and seek fines and other damages.

The reprimand comes at a troubling time for Three Arrows Capital, as a court in the British Virgin Islands has ordered the fund be liquidated. Earlier this week, Voyager Digital issued a note of default to 3AC after the fund failed to repay a $660 million loan.