They are all in the NFT minting rush: Pulitzer Prize winners, Asian pop stars, US Congress candidates, and NFL players

While in 2021 it seemed like everybody was rushing to buy them, 2022 is poised to unravel as the year in which all walks of life will embrace NFT minting. 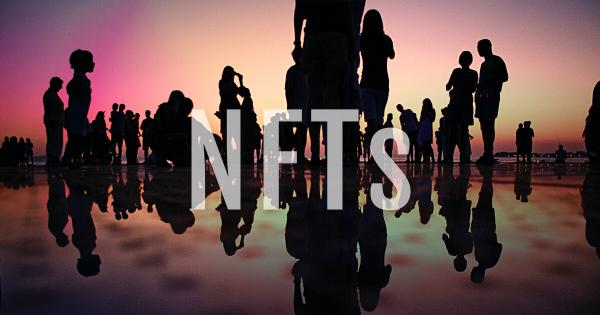 NFTs officially flooded the mainstream last year. That’s no news. However, the trend’s natural progression brought the market to a new stage of adoption–active participation–in all its glory.

While one can argue that the “everyone has something to offer to the world” cliche holds true, the question of whether this should be minted as an NFT is yet to be answered.

On January 1, Asia’s Pop King, Jay Chou, who has appeared in films such as The Green Hornet and Now You See Me 2 and has released over 8 platinum pop albums, launched an NFT collection in collaboration with Ezek, a brand new NFT platform.

Called ‘PhantaBear’ the collection of 10.000 NFTs sold out in less than 40 minutes–dethroning the likes of Mutant Ape Yacht Club (MAYC) and Doodles on the weekly charts, according to DappRadar.

“It is the first time in history that an NFT series has risen to the top of the global sales rankings in such a short period of time. The Bored Ape and Cryptopunk NFT series, which rose to prominence in a matter of months, originally set the record,” read the official press release.

Since the release, the collection value rose over $54 million.

Each algorithmically generated digital collectible from the ‘PhantaBear’ collection doubles as a membership card for the Ezek Club–a package deal that offers entry to the whole Ezek virtual universe, including tickets to virtual concerts, access to premium venues, and more.

In the meantime, the Associated Press (AP) announced the launch of an NFT marketplace built by blockchain technology provider Xooa.

The platform will feature the news agency’s award-winning contemporary and historic photojournalism, with Pulitzer Prize-winning AP images included in the debut collection.

“For 175 years AP’s photographers have recorded the world’s biggest stories through gripping and poignant images that continue to resonate today,” said Dwayne Desaulniers, AP director of blockchain and data licensing.

“With Xooa’s technology, we are proud to offer these tokenized pieces to a fast-growing global audience of photography NFT collectors.”

The initial collection will include NFTs featuring space, climate, and war, amongst other motives, and is announced to be released over a period of weeks beginning January 31.

While including a rich set of original metadata, each NFT will be offering collectors awareness of the time, date, location, equipment, and technical settings used for the historic shot.

NFT prices will vary, according to the news agency, which assured that “as a not-for-profit news cooperative, proceeds go back into funding factual, unbiased AP journalism.”

The marketplace will support secondary transactions and purchases using credit card payments as well as crypto wallets, including MetaMask, with support for Fortmatic, Binance, and Coinbase to be added.

The NFTs will be minted on the Polygon blockchain, revealed AP, while calling the blockchain “an environmentally friendly, Ethereum-compatible Layer 2 solution.”

Meanwhile, Democrat Shrina Kurani, who’s in the race for a House seat in California, and Republican Blake Masters, who’s running for the Senate in Arizona, both moved to offer NFTs as incentives for campaign donors.

“Huge shout out to the SolSea NFT team for making this happen, and Solana for building an energy-efficient chain so we can push innovation in web3 in a sustainable way,“ wrote Kurani on Twitter, who offered NFTs as campaign merch–hoping to gain support from a younger generation.

“Help us on our way to Congress and receive an NFT from the first-ever federal campaign to do a drop,” she added.

T-15 minutes! Help us on our way to Congress and receive a NFT from the first-ever federal campaign to do a drop! https://t.co/BJpcJVrZ74 pic.twitter.com/nwkH2kCgfX

While Kurani raised only $6.610, giving out less than a dozen tokens when the offer expired at the end of December, Masters allegedly raised nearly $575.000 “by promising to give donors tokens with cover art for a book about startup companies that he wrote with Silicon Valley billionaire and top Trump ally Peter Thiel,” Bloomberg reported.

And while American football players are coming up with new witty ways to keep their fanbase engaged with dynamic NFTs, a recent newcomer to the field is trying to make a touchdown without blinking.

But recently Ms. Trump decided to step up her game and released a new picture of herself dressed in white for a starting bid of just 1.800 Solana, equating to $245,556.

Culture and identity are such tightly interwoven concepts that one can only observe the weave pattern–without seeing the fine threads. Charged with symbolical meaning, all means for storing value participate in the creation and transformation of both.

However, on account of their uniqueness, NFTs are unraveling as a very special thread in the weave. Ideal for wrapping more than one aspect of an individual’s complex identity–personal, group or collective, and social, at the very least. As such, NFTs are poised for unprecedented appeal–without anything added.

And while ‘utility’ remains a buzzword, suited to be replaced with ‘practicality,’ minting NFTs surfaces not only as a way of keeping up with the market trends, but becomes an act of building one own’s image–personal, public, and everything in between.