The U.S. Congress inquires the SEC on crypto-related investigations

Few days after Ripple practically wins, the US Congress kicks the SEC while down and sends an inquiry regarding their actions to obtain information on cryptocurrency firms. 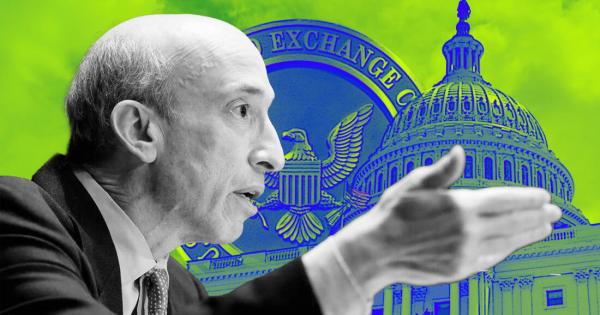 The Congress stated that the Division of Enforcement was allowed to act beyond the SEC’s jurisdiction. However, they also added that the tasks regarding obtaining information on cryptocurrency and blockchain firms still fell out of the Divison of Enforcement’s scope. They expressed their distress in their inquiry letter by stating:

“The SEC’s regulatory functions, while broad, are limited to the extent of its statutorily mandated jurisdiction. Enforcement powers, while conceptually broader concerning non-SEC regulated entities, are still circumscribed by statute, federal judicial review, congressional oversight, and the commission’s own policies and procedures for initiating and conducting inquiries and investigations.”

The statement continued with:

“It appears there has been a recent trend towards employing the Enforcement Division’s investigative functions to gather information from unregulated cryptocurrency and blockchain industry participants in a manner inconsistent with the Commission’s standards for initiating investigations.”

However, these requests are submitted by filling out specific forms, which Congress argues is going against the  Paperwork Reduction Act (PRA). The letter states:

“We understand that the fruits of these requests will help the staff assess the merits of an investigation at its earliest stage; however, pursuant to the PRA, in seeking information from the American public, federal agencies must be good stewards of the public’s time, and not overwhelm them with unnecessary or duplicative requests for information.”

Is it really about paper waste?

At the beginning of the week, the SEC vs Ripple lawsuit took a turn in Ripple’s favor. However, during the early stages of the case, the SEC contacted Ripple’s overseas partners to “ask for voluntary information” on Ripple’s foreign trading data.

At the time, Ripple argued that this was no request for voluntary action due to the obvious power imbalance between the U.S. authorities and the ones overseas. However, the SEC managed to dodge this opposition by claiming their right under the SEC Division of Enforcement Manual.

Congress’ letter mentioning this one out of SEC’s many rights a few days after the Ripple case turned in Ripple’s favor is intriguing. While not removing this right altogether, Congress chooses to remind the SEC of its range and uses PRA as an excuse to advise them not to utilize it again.

Even though Ripple is not mentioned in the letter specifically, the timing suggests that Congress may be trying to avoid similar developments on SEC’s other active lawsuits with cryptocurrency companies.

Report: 83% of US retailers think ‘digital currencies’ will become legal tender in 10 years