The Forever Web: The need for an ageless Internet

There is perhaps no greater irritation on the web than the sort provoked by clicking a hyperlink which turns out to be broken. 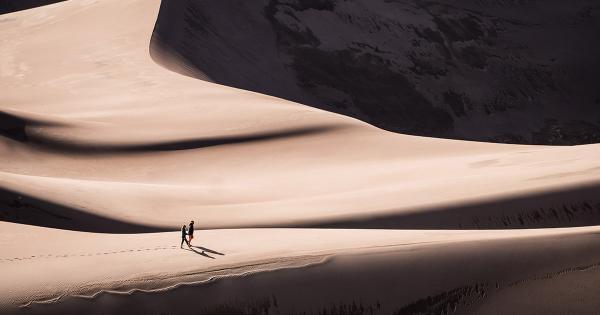 There is perhaps no greater irritation on the web than the sort provoked by clicking a hyperlink which turns out to be broken. In fact, it goes beyond mere irritation: shoring up on a 404 error page can inspire a kind of existential dread, a gut-deep sense of millennial foreboding. If the web is an ocean to be surfed, then dead links are the hidden sandbars that threaten to upend even the most experienced of wave riders. One moment you’re catching big air; the next you’re spitting out sand.

The pace of change in the world of tech is famously fast, but we scarcely contemplate the way in which this breakneck speed might influence the viability of data over time. Did you know, for instance, that after two years, one-third of all data stored online has either been lost completely or changed so dramatically that the URL is now essentially linking to something else?

After a period of 20 years, meanwhile, the same research found that 98.4 percent of all web data is lost or changed to such an extent that it’s no longer useful. If you are in doubt, consider what would happen if you tried to browse the web as it existed in 1999: pretty soon you would soon be tearing your hair out. That version of the web is broken beyond repair and all but useless to us, incapable of providing even a basic browsing experience.

The quest to patch the broken web

The web decays much like an apple, its integrity worsening with the passage of time. Contrast this continual decay to the relative stability of newspapers stored on microfiche in a public library, whose contents do not degrade in the same way; you can read a 50-year-old newspaper from cover to cover and, though some references may be puzzling, the integrity is unquestionable.

The drawback to the paper model, of course, is obvious: to understand everything therein, you will need to undertake further reading on the topics or references you do not understand. There is no interactive element.

At present, there are a number of online tools you can use to identify broken links on your own website. However, the process entails endless hours spent creating redirects that fix dead links or deleting passages of text that refer to discontinued products, deleted content (PDFs, videos, etc.) or outdated information. Correcting broken elements within a page is good SEO practice but it’s a Sisyphean task.

From evanescent to eternal

But what if the internet’s data didn’t have to wither and die? What if, like words engraved on a stone tablet or newspaper stored on microfiche, there was a way to retain online information indefinitely? This concept, dubbed the PermaWeb, has attracted the energies of a number of Web3 development teams, with the best known being Arweave.

The brainchild of a team of developers, academics and entrepreneurs, Arweave uses blockchain technology to enable a permanent serverless web, offering unparalleled levels of data replication and security for users, as well as financial incentives for miners. Its vision of a wholly decentralized web is one that cost-effectively stores data (including pages and apps) for all time.

The attraction of having websites that live in perpetuity, with multiple copies stored on a smart blockchain, is obvious. Not only would they be resistant to censorship of any form, but they would represent an immutable web of knowledge — reflecting the guiding principles of the internet before it became prey to corporate influence. And this is to say nothing of the data storage issue: with the demand for storage growing exponentially, the time is ripe for a low-cost, decentralized solution whose data carries no expiration date.

In essence, Arweave is a global permanent hard drive built on a specially modified blockchain known as blockweave. Because it utilizes the hash of the last block on the network, as well as a randomly-selected old block which is included in the production of the next block (yes, like a weave), miners have to prove they can access an old piece of data from the network, demonstrating that they’re performing their data storage duties. With the PermaWeb, miners are incentivized to store as many old blocks on the network as they can, in order to maximize their prospects of being rewarded for mining the next block.

The internet has undoubtedly been a transformative technology, connecting people, automating processes and upending entire industries. But as we have seen, that powerful connection does not persist over long periods of time: the data is only available so long as webmasters make it available, hackers leave it unmolested, governments condone its content and so forth. With the PermaWeb, data remains viewable for eternity.

The PermaWeb doubles as an alternative to web archiving services and a means of future-proofing the data of today against the constant threat of digital authoritarianism. Whether future generations will thank us for creating permanent copies of our cat pictures and Michael Jordan memes is another matter.