The 5-year exclusive partnership deal is set to bring Terra to millions of new users. 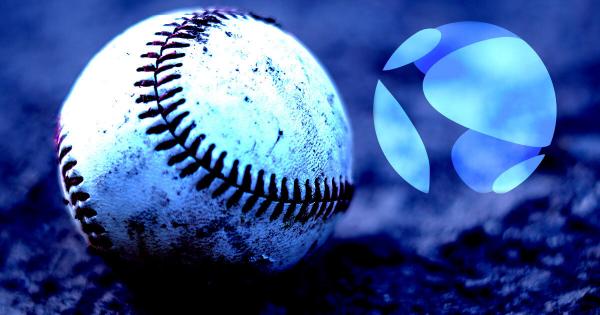 The Terra community has passed a proposal to establish an exclusive partnership with a major U.S. sports franchise.

Originally submitted by Terraform Labs, the company behind the Terra blockchain, the proposal requested 40 million UST from the Terra Community Trust (TCT) to secure a 5-year exclusive partnership deal that would see the Terra brand broadcast to millions of users.

The voting ended on February 9th—with over 227 million votes tallied in 48 hours, more than 98% supported the proposal.

An ambitious plan to bring Terra to the masses

However, the blockchain still remains relatively unknown to the broader market.

To further propel Terra’s growth and onboard more users new to crypto, Terraform Labs, the company behind the blockchain, came up with an ambitious and expensive proposal—establish a major partnership.

“The Franchise is a leader in the sports world with cutting-edge fan experiences and is looking to make a grand entry into the world of crypto. The partnership agreement includes Terra brand exposure to the most valuable non-naming rights that a sports franchise can offer,” it states in the proposal.

The proposal requested $38.15 million from the community pool to fund a 5-year partnership deal. The partnership would promote the Terra brand across all parts of the franchise, including its home venue and TV networks.

The deal will see the pool pay $37.5 million to the franchise to cement the deal. Another $650,000 would be paid to cover construction, renovation, and re-design costs for the franchise’s venue. The Franchise’s most premium club and lounge will be rebranded as the Terra Club and emblazoned with Terra’s logo and messaging. The Terra logo will be visible on all TV broadcasts from the franchise’s venue.

While achieving such high visibility in traditional media will certainly bring the Terra brand closer to millions of new people, it’s the franchise’s existing audience that has the potential to make the biggest difference to Terra.

According to the proposal, the franchise’s previous sponsor saw a 94% increase in fan likelihood to use their services compared to the general population. Around 34% of the franchise’s fans are more likely to try a sponsor’s product or service, with the number doubling when the sponsor supported a cause or initiative as part of the partnership.

The franchise’s current account holders have a total market capitalization of over $1 trillion and include multiple Fortune 100 and Fortune 500 companies. More than two-thirds of the franchise’s season ticket holders have an individual income greater than $125,000, while 42% of them hold a post-graduate degree.

Despite a lack of information regarding the size of its fan base, partnering with a franchise like this could significantly improve Terra’s standing with investors new to crypto. A $40 million partnership certainly gives legitimacy to a cryptocurrency and makes it stand out from the sea of volatile assets as a viable investment.

Terraform’s proposal also hints at other possible collaborations with the franchise.

“Specifically, we will continue to work to expand this partnership into new areas beneficial to the Terra community under an exclusive negotiating window with the franchise.”

A large part of the Terra community believes that this might include exclusive deals to price the franchise’s event tickets in LUNA or UST, as well as offer benefits with NFTs issued on the Terra blockchain.

The recipient of Terra’s $40 million partnership is yet to be revealed. While the proposal was passed earlier today, the franchise won’t be revealed until the partnership has been officially established and the $37.5 million has been transferred.