Around 58% of NFT investors are yet to make a profit from the space despite the fact that most investors are in it for the money. 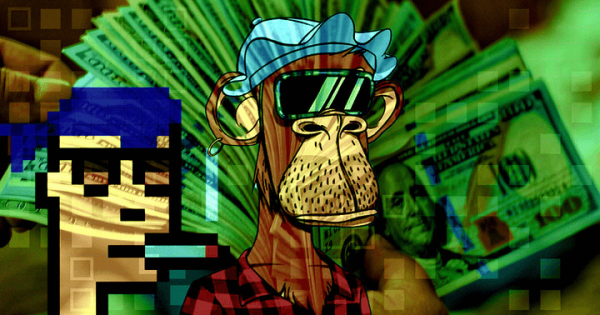 A survey from DEXterlab revealed that most NFT investors are in it for the money.

According to the study, over 64% of NFT investors say they purchased an NFT “to make money.”

Per the report, NFT investments can bring investors profit when they make the right purchase decisions. An example is the Blocksmith Labs collections which would have brought an investor a 26x profit within three months.

The survey continued that the second reason most investors pile into the space is to have a sense of social belonging by belonging to a community and the “flex” of owning certain NFTs.

According to the report, investments in certain projects can be tied to their strong community. The report used Bored Apes as an example and said:

Only 12.4% of respondents are Digital Art collectors who acquire these items to keep. The remaining 8.6% of NFT investors buy the assets for games-related purposes like having in-game access to special features and tools.

Meanwhile, an average investor is willing to spend between $50-$500 on an asset.

Most NFT investors yet to make a profit

While most NFT investors say they are in to make money, most of them are yet to profit from their investments in the space.

According to the report, around 58% of NFT investors are yet to profit from the space. On the other hand, the remaining 42% claim their investment in NFTs has brought them a sizable return.

For context, investments in free mint NFT projects like Goblintown.wtf would have brought in over 200% profit for investors within the last thirty days.

However, individuals who might have piled into blue-chip collections within the same time frame might be at a loss because the floor price of most collections recently dropped because of the overall market downturn in the crypto industry.