An NFT critic will go head-to-head with an NFT platform builder in the upcoming virtual crypto conference. 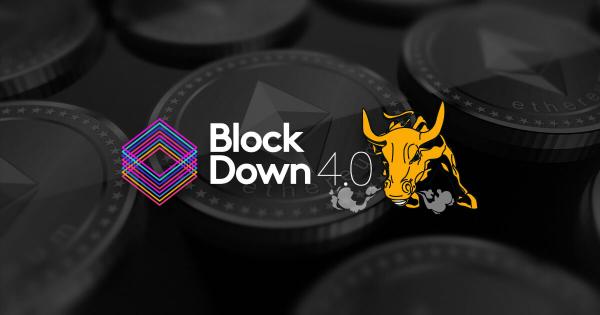 BlockDown, the leading virtual crypto conference, is set to tackle the industry’s hottest topic, NFTs, when it gets underway on April 15.

The event is set to host a debate between SuperFarm co-founder EllioTrades, an NFT bull, and LSE professor Edmund Schuster, who falls into the bear (critic) category.

The art market, in particular, has been infected by the NFT bug, with digital works going under the hammer at historic auction houses such as Christie’s. One NFT, Beeple’s The First 5,000 Days, fetched almost $70 million back in March.

BlockDown, organized by blockchain marketing agency EAK Digital features interactive talks, interviews, networking opportunities, and AMAs, and attracts some of the brightest talents in the industry.

In what will be the fourth virtual event since BlockDown debuted a year ago, the centerpiece will be a 45-minute head-to-head between EllioTrades and Edmund Schuster, with each putting forward their case as to why NFTs are meritorious – or an unsustainable, overhyped bubble.

Schuster is no stranger to this format, having previously argued on the motion “NFTs are dumb” with Sfermion managing partner Andrew Steinwold. (Schuster won the post-debate poll by a score of 64-29).

An Associate Professor of corporate law at the London School of Economics and Political Science, Schuster is a self-professed no-coiner who regularly puts the boot into blockchain (and NFTs) via his social media channels.

He is also one of the most popular crypto YouTubers, with close to 300,000 subscribers, plus another 130k on Twitter. Philosophically, EllioTrades is poles apart from the sceptic Schuster, as evidenced by a recent tweet that read: “Everyone I know that stuck in crypto since 2018 is now buying houses for their families.” Let the bickering commence.
Metaverses and Miami Mayors

The lecture, which will kick off the conference at 11:10 CET on Thursday, April 15, is likely to focus on the interrelation of blockchain, virtual reality, and non-fungible tokens, and where the market might be headed.

The deep-pocketed buyer of Beeple’s record-breaking NFT will also be in attendance, as NFT fund Metapurse will be dispatching Twobadour for a fireside chat with EllioTrades at 11:05 am CET on day two. Chainlink CEO Sergey Nazarov will have a similar virtual tête-à-tête with Andy Pickering, editor and host of the Crypto Conversation podcast.

Although NFTs are likely to be a recurring topic (Akon will be waxing lyrical about his new Akoin NFT platform), Republican Mayor of Miami Francis X. Suarez is expected to look at the bigger picture during his own fireside chat.

The Mayor wants the coastal metropolis to become a clean energy Bitcoin mining hub, and under his stewardship, a slew of tech and finance startups have set up home in the city. Suarez has even advanced proposals that would allow the city to pay municipal workers and accept tax payments in cryptocurrency.

BlockDown will bring the curtain down on its fourth jamboree at 11pm CET on April 16, with tickets still available.

Disclaimer: CryptoSlate is a media partner of BlockDown.

Binance CEO and Akon, other big names to speak at BlockDown 2020 virtual conference on April 16-17

SuperFarm is a cross-chain DeFi protocol designed to bring utility to any token by turning it into an NFT farm with no code required. Learn more