For the first time, crypto firms will run adverts during and around the Super Bowl marking a milestone moment for recognition. 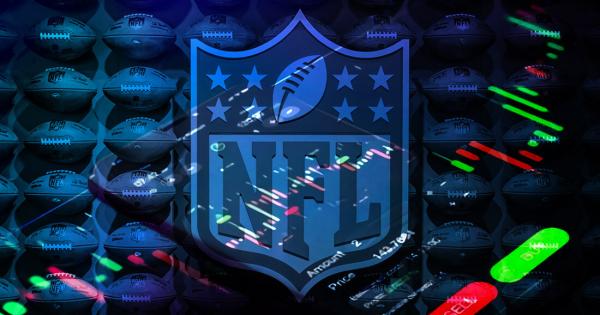 Despite a less than impressive start to 2022, having lost 30% in total market value at the YTD bottom, capital inflows have since pushed the total market cap back to currently just below $2 trillion.

FTX co-founder Sam Bankman-Fried remains optimistic that the recent hiccup won’t put off the general public. He points out that crypto is up there as one of the strongest performing sectors in recent times.

“It certainly hasn’t been the best last two months for the digital asset industry, but overall it has been pretty much the best performing sector over the last year.”

Reaching the masses through sports

Notable partnerships include Binance’s sponsorship of the Africa Cup, which ended with Senegal crowned 2022 champions following a 4-2 penalty shoot-out victory against Egypt on Sunday.

Binance Chief Market Officer Yi He commented that Africa, as a crucial region for the blockchain industry, will see the firm continue to push its adoption efforts in the continent.

“We will continue to put in our efforts in pushing the mainstream adoption of crypto so that more people can understand crypto, and understand Binance.“

However, the biggest sponsorship deal to date is Crypto.com paying $700 million for the naming rights to the Los Angeles Arena, home of the Lakers, Clippers, Kings, and Sparks.

Steve Ehrlich, The CEO of trading app Voyager Digital, said interest in sports and crypto are closely correlated. With that, he says it’s only natural for crypto firms to target sports.

“Our research shows that there is a lot of crossover between an interest in crypto and sports fans.”

According to the Bleacher Report, Beijing’s 2008 Summer Olympics ranks as the world’s most-watched sporting event, pulling in 4.7 billion views.

The Super Bowl ranks fifth, with last year’s game attracting an audience of 111 million viewers. While significantly less than the 2008 Olympics, the Super Bowl is easily the biggest sporting and television event in the U.S. Especially as the 111 million audience figure is assumed to be under-reported.

“And those are just households. Many people go to bars and restaurants to watch The Big Game. There are also people who host Super Bowl parties and the Nielsen Ratings only count households, not the number of people that watched in the household.”

This year’s showdown between the Cincinnati Bengals and the Los Angeles Rams will cost advertisers from $6.5 million for a 30-second slot.

Coinbase, FTX, and Crypto.com are all willing to stump up the cost to air their ads during the Super Bowl. In contrast, Binance will be running ads around the game.

The Wall Street Journal talked up the significance of this, saying this is the first time crypto firms will be advertising on “the largest stage in the world.”

WSJ Reporter Paul Vigna said the upshot to this is likely an “unveiling moment” for the entire crypto sector.

“This moment, with these companies buying ads in the Super Bowl caps off what has been a long run-up for the cryptocurrency sector, in terms of its mainstream recognition and acceptance.”

And with Super Bowl ads becoming as much of an event as the game itself, what’s a better way to speak to the masses?

This crypto is pumping after getting a major tech celebrity endorsement