What if I told you that the money you deposited into your bank account was carried right out the back door and placed into the coffers of somebody or some institution that you had never met, heard of, or authorized to handle your money? Would you be cool with it? The fact is that: Because […] 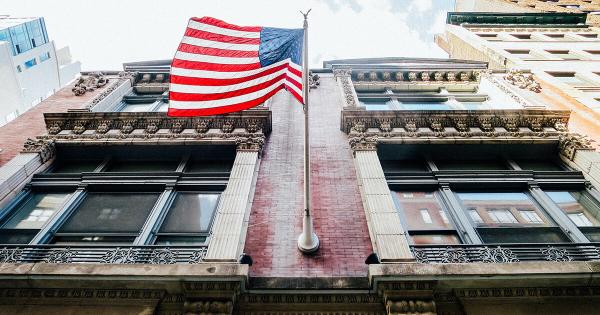 Photo by Patrick Tomasso on Unsplash

What if I told you that the money you deposited into your bank account was carried right out the back door and placed into the coffers of somebody or some institution that you had never met, heard of, or authorized to handle your money? Would you be cool with it?

The fact is that:

Findings from our study Perceptions and Understanding of Money — 2020 indicate that a significant number of Americans are not aware of how fractional reserve banking works. 38% of respondents believed that banks had to have the exact amount of customer deposits in their reserves at all times.

While others may be generally aware that banks can re-lend or invest your money, they may not know the extent to which banks are doing so.

If you intend to continue using the American banking system, you will not have a say in the matter of where your money goes after you deposit it. But you may at least want to have a general idea of where your money is going thanks to fractional reserve banking. If so, keep on reading.

The Federal Reserve Bank of Atlanta (tenuously) traces the roots of fractional reserve banking back to an unnamed goldsmith in ancient times. The story goes that the goldsmith, while holding clients’ stores of gold, eventually realized that he could make a tidy sum by re-lending the gold. So long as he returned the gold to his stores before the client realized it was gone, then there was no harm to be done.

Now, replace gold in the above story with your bank deposits, and the goldsmith with your bank of choice. Here you have a simple explanation of how fractional reserve banking works.

Per the Fed Board of Governors, the reserve requirement for banks was reduced to zero effective March 15, 2020. This effectively means that your bank can lend out or invest 100% of the money that you and other customers give them. Fed Chairman Jerome Powell has indicated that the nonexistent reserve requirement could persist for the foreseeable future.

There are several reasons given for fractional reserve banking to exist. They include that:

Fractional reserve banking is one of several tools that the Federal Reserve uses to manipulate the supply of money, and thus the relative value of the American dollar. In times of stagnant economic activity, the Fed may lower the reserve rate to encourage greater lending and, as the theory goes, stimulate economic activity. In times of inflation, it may do the opposite.

The idea that lending money while simultaneously showing that the money is present in your banking account constitutes “growing” the money supply may be confusing or even hollow—such critiques certainly exist.

When there is a run on a bank, as may be the case in times of financial panic, then the perils of fractional reserve banking become abundantly clear. The money just isn’t there when customers want it.

The idea that customers cannot theoretically withdraw their money en masse at any given time is just one of the criticisms of fractional reserve banking practices.

On a simple level, fractional reserve banking exposes customers to risk that they would likely prefer not to face. If, as a banking customer, you wanted to reap returns beyond modest bank interest rates, then you would have put your money in the stock market or another higher-yield investment vehicle.

The benefit of banks for many is reliability. When you deposit your money in a bank, popular thinking may go that:

Under fractional reserve banking, it may instead be true that:

This may happen if, say, there is a bank run precipitating an economic Depression. Or, perhaps if banks have lent large swathes of customers’ deposits to borrowers that should not have qualified for a mortgage under any circumstance.

History has painfully demonstrated the risks of having too few assets on hand and too many assets tied up in non-guaranteed (or downright risky) investments. These risks are, in a nutshell, those presented by the fractional reserve banking system.

The history of fractional reserve banking is one of extreme booms and busts. A reserve requirement of zero theoretically permits banks to maximize their revenues, but boom times can cause widespread financial slaughter on individual and societal levels. It may even leave customers with little to no cash to show for their bank deposits.

The extreme tides of the American fractional reserve banking system is enough to sew the seeds of mistrust, and those seeds may be the impetus for once-burned victims of the fractional reserve system to turn to new means of asset protection such as cryptocurrency.

Marco Streng is the CEO and co-founder of Genesis Group and Genesis Mining, one of the largest crypto mining companies in the world. Prior to co-founding Genesis in 2013 and becoming an impassioned advocate for blockchain technology and cryptocurrencies, Marco studied mathematics at the Ludwig-Maximilian University of Munich.