Prominent entrepreneurs say there is a need for web3 messaging platforms. A handful of startups are already working on a solution. 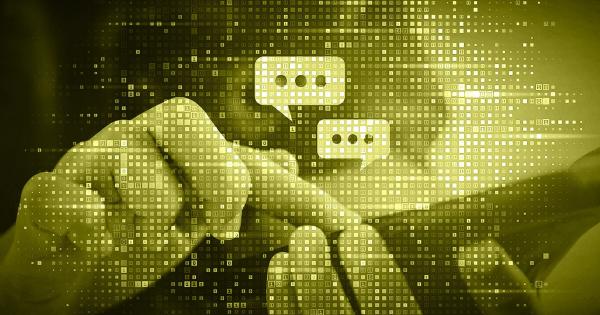 Crypto entrepreneurs think the need for crypto-native messaging platforms is increasing daily as the number of crypto users increases.

Crypto is increasingly being used for things other than trading with an exchange. As DAOs and NFTs spread, the need to communicate through a blockchain-based, wallet-connected platform also increases.

Prominent entrepreneur Elad Gil commented on the topic and said:

“Your bitcoin or crypto asset and mine were identical, so I would have less reason to ping an anonymous user via their wallet. But with DAOs, there is the need to coordinate with various members beyond just using Discord. With NFTs and collectibles, I may want to be able to ping you to buy or sell or trade, so there are other incentives for a communication layer to be useful.”

Gil confessed to investing early in a web3 messaging platform called Lines. Even though the technology layer of the platform is not even ready, Gil still invested large enough to lead the $4 million worth seed round.

Lines’ CEO Sahil Handa said that the number of people trading NFTs and voting on proposals increases daily. However, whenever these people try to communicate with one other, they can’t ensure they’re talking to the right person. Lines aims to become a platform where users can send messages from wallet to wallet or group chats via token ownership. This way, users can make sure of who they’re talking to.

It seems like there are more web3 messaging platforms other than Lines. Referring to the vastly emerging trend amongst start-ups, Gil said:

“’I’m aware of various teams working on identity, social layers, and communication on top of web3.”

One of the latest examples came from Nansen in June 2022, when they launched a wallet-integrated messaging app for Web3 communities. Users can connect to groups through the platform based on the tokens or NFTs they hold.

Before Nansen, NFT marketplace Rarible launched a similar solution in November 2021. Like Lines and Nansen’s app, Rarible allowed users to communicate with each other, knowing they were talking to the right person.

One of the most important challenges these platforms need to overcome is onboarding a certain amount of users. None of the tech created will be helpful if there are not enough users on the platform.

These platforms can achieve real success by integrating with major companies like OpenSea. However, this will only be possible if many individuals use the platform.

Web3 messaging platforms will fundamentally differ from other prominent chat platforms like Telegram and Discord, where anyone can claim they’re someone else. Despite that, they’ll still be competing against these giants, and web3 chat platforms need to come up with a clever competition strategy if they want to survive.