Circle canceled its plans to go public following the termination of the company’s SPAC merger with Concord Acquisition Corp. Both companies did not provide any reason for terminating the partnership.

The two companies decided to terminate a planned business combination proposal that was going to pave way for an initial public offering.

According to reports, the boards for both Circle and Concord decided against going public through the SPAC after reconsidering the option.

Circle had reportedly planned to go public through the SPAC, but It is still unclear why the two companies decided to abandon the plans.

The stablecoin issuer published a press release announcing the termination and outlined that the action to cancel the merger was taken after a “careful review and approval by both boards of directors.

Circle’s CEO, Jeremy Allaire stated through a tweet that the business had continued to perform “strongly” since the announcement of the merger and already recorded “positive momentum” in  Q3 2022, where it received an estimated $274 million in total revenue and $43 million in net income. The document further reiterated that it had nearly $400 million of unrestricted cash.

Circle and Concord initially announced their plans to form a SPAC merger in July 2021. Meanwhile, a renegotiation of the agreement took place in February this year, whereby Circle’s valuation doubled from $4.5 billion to $9 billion.

A SPAC or special purpose acquisition company is a firm created for the sole purpose of forming a merger, expanding a business partnership, or asset reorganization.

Despite canceling the SPAC transaction, the USDC issuer said it would continue exploring other avenues for becoming a publicly-traded company. The company also noted its commitment to “building the infrastructure and services to enable the global cryptocurrency economy.”

The news comes after Circle revealed in April that it had raised $400 million in a round of funding led by BlackRock, Fidelity, Fin Capital, and Marshal Wace LLP. The Series E round valued the company at $3 billion. 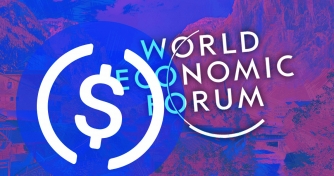