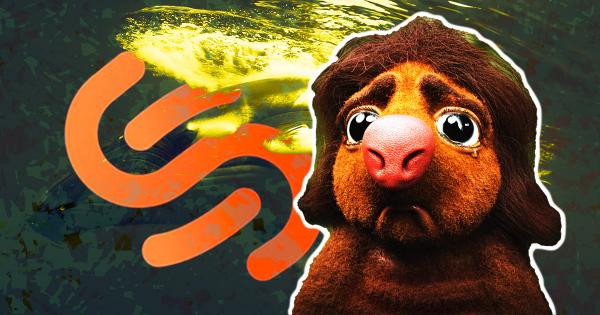 The founder of Solend, Rooter, revealed to CryptoSlate what happened behind the scenes while the crypto looked on as it voted to take control of a user’s account in order to liquidate its funds OTC. Ultimately, the decision was reversed, and Solend could work with the whale to reduce his position via other means.

In the following interview, Rooter spoke candidly about the “sleepless nights” and genuine fears that the Solana network could not handle the whale liquidation. We discussed how the decision was made to take over the whale’s account, its motivation, how the issue was created in the first place, and how Solend plans to make sure the situation never happens again.

Interestingly Rooter claimed that users with something to lose from the liquidation event were in support of the DAO proposal, and it was people with “nothing to lose’ that were most vocal. Those with nothing to lose were from the wider DeFi community, who viewed the DAOs proposal as going against the core tenants of decentralized finance.

However, Rooter pointed out that the liquidation bots that would handle the liquidation were not set up to handle such large DEX transactions. While the DAOs decision may not have been ideal, it could have been the only option available for a DeFi protocol missing the tools to stop a major issue on the horizon. Read the interview below to discover why Solend believed the liquidation event could have seriously affected the entire Solana network.

When did you first realize you had a problem with the whale wallet?

The whale wallet has been known since Feb. The account would be checked on intermittently. June 15 is when the magnitude of risk was made clear.

Do you feel we need a better way to communicate with users on defi?

Yes, it would be nice if there was a notification system with widespread enough adoption.

Did you not foresee a potential issue of having one wallet with over 90% of liquidity pools?

All of the steps Solend took during this incident were proactive to avoid an actual crisis.

For a long time Solend had such large deposits/borrows ($2B/$1B) that it seemed unlikely that a single account would represent such a large share. The recent selloff and deleveraging caused the whale’s proportional size to grow quickly. Solend is now adding automated monitoring for concentration risk so we can be even more proactive.

You decided to put caps on deposits since the incident - do actions such as this limit the potential of DeFi?

Solend has always had deposit limits, which have been lowered since the incident.

DeFi’s potential is in 1) its ability to make finance transparent to avoid liquidity crises like the one we’re seeing right now with 3AC/Celsius/etc., and 2) making access to financial services permissionless for anyone in the world. Limits are just a necessary guardrail as DeFi matures.

You say your users were the primary focus and it was not a selfish act to vote to take control of the whale's account. What evidence or analysis did you do to ascertain that selling ~$113 million SOL would affect the global price of Solana more than a brief wick down?

When a real life trolley problem arises, our users come first. Solend liquidator bots tend to operate fully on-chain, meaning they’d liquidate-and-sell on DEXes. You can get a quote for slippage on jup.ag which showed ~5% slippage for a market sale of $2M, less than 2% of the liquidatable amount. A liquidation of this whale would cause a flood of bot activity for liquidators trying to win the liquidation and arbitrageurs trying to arbitrage the exchanges. This big of an MEV opportunity is unprecedented on Solana. Worst case scenario, Solana could go down for hours at one of the most volatile times ever.

Do you feel the need to sustain growth during a bull market affected your decision making?

Solend was launched in a bull market. Risk has always been a top priority for us. initially we had low deposit limits of $1M per asset and $10K per user per asset. Limits increased gradually. Solend also launched with a bug bounty program, which pays up to $1M for a critical security vulnerability. We also launched Isolated Pools so riskier assets could be siloed in separate markets.

Did you think of the precedent you would be setting by taking over a user’s Solend account?

“Taking over a user’s account” is an incomplete characterization. The proposal was to liquidate OTC in a way that minimizes risk for users. The user’s funds would remain theirs. There was no perfect solution. We proposed the only option we had. We’re going to build so we never have to face that situation again.

What was it like behind the scenes during the event?

Behind the scenes there were lots of sleepless nights and high pressure situations. We also spent a lot of time in our Discord engaging with users and the community. One interesting insight is that most of the users with funds at stake due to the whale (withdraws were not possible due to 100% utilization of the USDC pool) were onboard with taking action. The loudest complaints came from those with nothing at stake. We’re just glad that in the end things were resolved gracefully. No users lost funds.

What’s the future for Solend?

Solend is improving its systems so this issue never happens again.

Rooter is the founder of Solend. Learn More