Socios.com acquired a 24.5% stake in Barca Studio with a $100 million investment to drive web3 innovation for FC Barcelona. 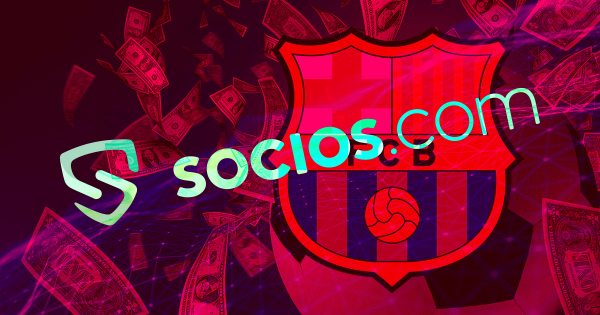 Socios.com is investing $100 million in Barca Studio for a 24.5% stake and aims to accelerate blockchain, non-fungible token (NFT), and digital assets innovation for FC Barcelona.

Barca Studios was launched in 2019 as the club’s platform for creating and distributing video and audio content. The partnership with Socios.com will deliver more NFT and metaverse-related projects to help engage, reward, and build connections with the club’s global fan base.

Web3 projects from Barca Studios will launch on Chiliz Chain 2.0 (CC2), a Layer-1 blockchain designed for the sports and entertainment industry. With CC2, sports brands will be able to mint NFTs and Fan tokens for use across DeFi products and Play2Earn games. CC2 mainnet is scheduled to launch in Q4 of 2022.

Socios.com playing in the Sports arena

Socios.com is a fan engagement and reward platform powered by the Chiliz blockchain. Sports fans can participate and influence decisions by purchasing tokens of their respective clubs using the native Chiliz token (CHZ).

Non-football brands like NBA and NBL teams have partnered with Socios.com to develop fan engagement features and adopt strategies to further their Web3 initiatives.

In April 2022, Socios.com signed a three-year deal with Argentine Football star Lionel Messi as a Global Brand Ambassador. Messi will promote the platform to his 400 million followers as part of the deal, while Socios.com will launch a fan token for him, along with a $20 million payment.

“Fans deserve to be recognised for their support. They deserve opportunities to influence the teams they love… I’m proud to join Socios.com’s mission to create a more connected and rewarding future for fans around the world.”