Calvin Cordozar Broadus Jr., AKA Snoop Dogg, talks about his NFT drop called "A Journey with the Dogg." 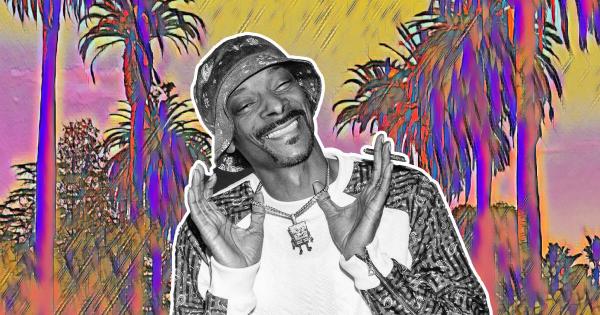 As a serial money maker, Snoop Dogg has always been at the forefront of technology. Right now, in 2021, for Snoop, that means riding the NFT wave.

He also let slip that Bitcoin is something he believes in, adding that the future is unfolding before us right now.

People will “get” NFTs with time, says Snoop

Snoop commented that the NFT craze exploded onto the scene, seemingly coming from nowhere. Although many people just don’t get it, he’s confident that this will change with time.

Part of the reason why is excited is that NFTs are shaking up the music industry. More so, in terms of how artists and creators connect with their fanbase, which is something Snoop is excited about.

“There are still a lot of people out there who don’t know about it, or just don’t get it. They will though. It’s a big moment and a big technology that is changing the way artists do business and connect with our fans. I am excited about it, ya dig?”

In collaboration with Crypto.com, Snoop is holding an NFT auction titled A Journey with the Dogg. Up for grabs are several artworks, as well as an original track he recorded for this event—the collection’s theme centers around his early childhood memories.

“My drop features a beautiful look into my life. You have a talking portrait of a young Snoop, an original track called “NFT,” a Diamond Blunt, Some Snoop Dogge Coins, and few other pieces.”

Bitcoin gets some love as well

Snoop believes NFTs are special because they provide a direct connection with fans — meaning no platform or middleman is filtering his message.

When asked about his thoughts on Bitcoin, the message from Snoop similarly bullish. And while talk of Bitcoin going to zero has plagued the leading crypto since day one, Snoop said he knows it’s here to stay. Snoop said:

“I believe in it. I believe in the technology and I believe in the global connection it creates. I’m not too caught up in the value of the coin, because I’ve been around long enough to see things go up and go down, and I know it’s here to stay.”

Speaking about wider tech concerns including privacy and censorship, Snoop acknowledged that these issues have come to the fore in recent times. But he’s convinced that people will come together, making everything “alright” in the end.