Ex-Goldman Sachs investor and founder of SkyBridge Capital Anthony Scaramucci believes Bitcoin is on course to hit $500,000 in the foreseeable future. 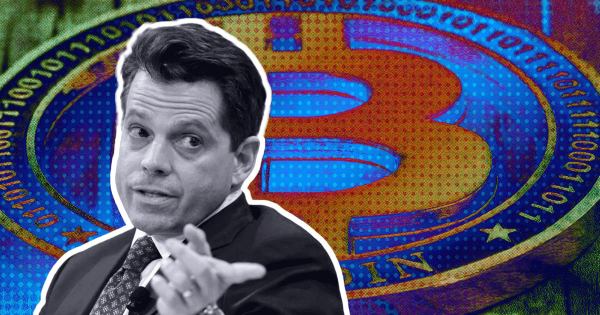 Despite dipping below $41,000, Anthony Scaramuucci, the founder of SkyBridge Capital, a 17-year-old “alternative assets” investment firm, still believes the price of Bitcoin will hit $500,000 per coin.

In a recent interview with Financial Review, he described why this has caused his firm to pivot into digital assets in 2021. SkyBridge now offers a digital innovation portfolio that includes securities he believes will correlate directly to the price of Bitcoin.

In 2021, Scaramucci projected a $100,000 top for Bitcoin, which did not play out. He said he had not correctly assessed and accounted for the regulatory environment during the latter part of the year.

Scaramucci believes we are still early in terms of adoption and compared current frustrations with web3 to the “clunky” internet experience of dial-up modems in the late nineties. He argued that within five years, we will be in a position where:

“Virtually everyone in the Western world will have a [smart] wallet on their smartphone and they’ll likely be able to transact with every restaurant in the world.”

He recounted how JP Morgan & Co. believes there are 53 million millionaires on Earth but a total supply of only 21 million Bitcoins. If every millionaire in the world wanted a Bitcoin, it would not be possible, Scaramucci said. He clarified that:

“I’m just trying to explain to people the inelasticity of this situation and the likelihood of these prices heading to half a million dollars.”

SkyBridge reportedly holds 15% of its money in Bitcoin from an initial 4% position. Cathie Wood’s Ark Invest has notoriously advocated for all companies to keep at least 5% of their treasury in Bitcoin. Such a move could push Bitcoin above $500,000 in the next few years. Ark also believes Bitcoin could reach $1 million per coin by 2030.

We know that many factors move the markets, and we have to zoom out to see the bigger picture. However, on a monthly timeframe, Bitcoin has been on an upward trend since 2011. On a logarithmic scale, as shown below, a price of $500,000 would be in the top area of the blue rectangle.

It would take a rise of around 1000% to see Bitcoin at this level. Since the crash in May 2020, Bitcoin is up just over 1000%. If Scaramucci’s prediction comes true, we will need to see another surge bull market to take us there.