The “Doge killer” is now among the top 3 most traded assets on Binance and Coinbase, flipping Ethereum. 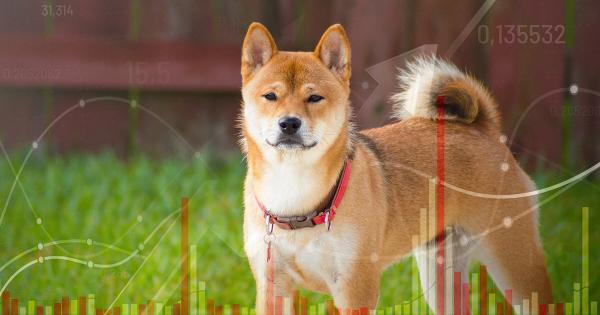 Leveraging on the current green run of the wider crypto market, popular meme coin, Shiba Inu, has posted some interesting figures during its rise to a new ATH.

According to data on CoinMarketCap, the daily trading volume of Shiba Inu was able to surpass that of its more illustrious counterpart, Ethereum, yesterday placing it as the third most traded asset on two leading crypto exchanges, Binance and Coinbase.

Per the data, the meme coin trading volume was over $14.5 billion, while that of Ether stood at around $14.3 billion. On the other hand, Tether had a trading volume of $60 billion while the flagship digital asset, Bitcoin, recorded around $26 billion in trading volume.

Interestingly, Shiba Inu also reached a new ATH yesterday after its value rose by 50% within 24 hours. This pushed it to as high as eleventh on the largest crypto asset by market cap though its value has since corrected to $0.000039 as of press time.

Within the last year alone, SHIB has grown by over 40,000,000% while its value has spiked by more than 435% within the last 30 days, placing it among the best performing digital assets of the year.

Though its burning mechanism differs greatly from those of other digital assets, it has also been able to contribute to the growth in the price of Shiba Inu as 1% of the meme coin circulation supply is being burnt daily.

The crypto coin made the headlines earlier in the year when it sent 50% of its total supply to Vitalik Buterin, the co-founder of Ethereum, who later donated almost a billion tokens of the meme coin to a foundation in India in efforts to combat coronavirus.

ShibArmy, the community behind the self-proclaimed “Dogecoin killer” continues growing in both numbers and strength.