Following SEC’s ​​pledge to introduce more enforcement actions to the space, the Senator urged regulators to step up and start policing the crypto market. 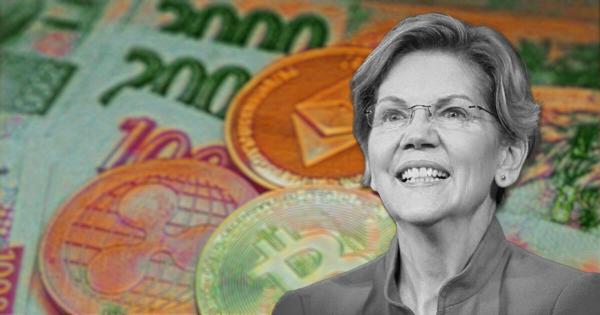 In her interview with Bloomberg, Senator Elizabeth Warren warned about major risks surrounding the ongoing expansion of crypto as she called for stricter market regulation.

While admitting that the biggest upside to crypto could be a democratization of access to the financial system, she warned that, if left unregulated, cryptocurrencies pose a systemic threat and could lead to another financial crash.

No cop on the beat

The Senator laid out her set of concerns, starting with the pressing consumer protection issues, which transitioned into the surrounding risk that is threatening the broader financial structure.

According to Warren, the biggest upside to crypto could be the democratization of access to the financial system as she pointed out that tens of millions of unbanked and underbanked US citizens would be the ones to benefit the most from expanding to a digital currency system.

“So long as it’s an unregulated system, you may be pulling more people in so that they can get cheated and that’s not what we want,” she added while urging regulators to start policing the market.

She reflected on pump-and-dump schemes, which are illegal for stocks but often go unpunished for tokens due to the “lack of basic rules” surrounding crypto.

“Right now we don’t have any cops on the beat to speak of,” Warren told Bloomberg, saying that each of the regulators needs to “step up and take hold of the piece that’s within their jurisdiction.”

Worried about a run on crypto

“The bigger it gets and the more it stays outside the financial system – something goes wrong, there’s a run on crypto, there’s a problem elsewhere in the economy, I don’t want the US taxpayer to be the one that gets called on to back this up,” said Warren, who stated that unregulated crypto market presents a systemic risk, while comparing it to money markets ahead of the 2008 financial crash.