The Economic Affairs Commission (CAE) in Brazil approves the project that regulates the rules for the cryptocurrency market. 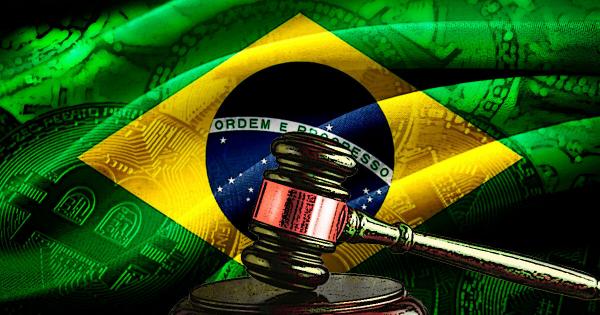 Brazil could become the latest country to legally recognize cryptocurrencies, with a new bill heading to the Senate for approval. The Economic Affairs Commission (CAE) of the Senate approved the project that regulates the rules for the cryptocurrency market in Brazil. The proposal was approved after negotiations with representatives of the Central Bank (BC) and the Securities and Exchange Commission (CVM). This bill was first introduced in 2019 and this week was unanimously approved. It will seek to regulate the day-to-day uses of digital assets.  for three years now and will regulate the day-to-day uses of digital assets.

The proposal establishes that the trading of virtual assets must observe guidelines such as free enterprise and free competition, the control and segregated maintenance of the resources contributed by customers, and the security of information and protection of personal data. In addition, it criminalizes the act of organizing, managing, offering portfolios, or intermediating operations involving virtual assets in order to obtain an illicit advantage, with a penalty of four to eight years in prison and a fine.

The senators included in the proposal the exoneration, with zero reduction in taxation, of the rates of PIS, Cofins and IPI on the purchase of machines and tools for processing and mining of cryptocurrencies. For this, companies will have to use renewable sources of electricity in the maintenance of the equipment.

The bill was sent to the Senate plenary this week and if approved will be sent to the Chamber of Deputies. President Jair Bolsonaro will then sign it into law, making Brazil the latest and biggest country in Latin America to recognize cryptocurrencies. However, the president can also veto the bill and send it back to parliament. If signed into law, it will officially recognize cryptocurrencies as “digital representations of value that can be traded or transferred by electronic means and used to make payments or for investment purposes.”

If the bill is passed, it will allow Brazilians to make payments in Bitcoin, a privilege that many countries, including most recently India, have refused to grant the digital currency. India has been moving towards legalizing Bitcoin as an asset, claiming that allowing its use as a currency could destabilize the local economy.

Brazil will also recognize virtual asset service providers (VASPs), with the government issuing licenses to certain firms. Once registered, these companies will have to abide by a strict code of conduct that includes being required to notify the Brazilian Financial Activities Control Council in case of a transaction suspected of money laundering.

Ripple and Travelex partner up to launch crypto payments in Brazil