Hester Pierce mentioned that Spot ETPs have launched in countries like Canada, and in Europe, generating great investor interest despite the volatile nature of the market. 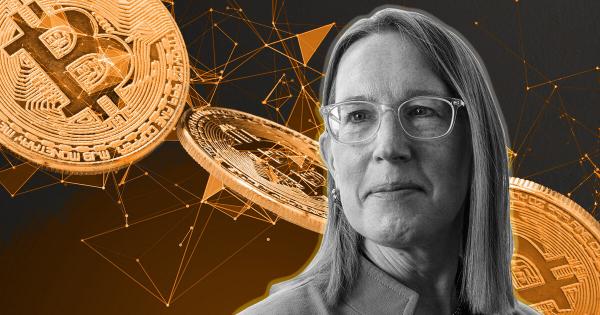 U.S. Securities and Exchange Commission (SEC) Commissioner Hester Pierce believes that it is time for the regulator to approve a Bitcoin spot exchange-traded product (ETP).

Speaking at an event about regulating the crypto space, Pierce highlighted the refusal of the SEC to engage crypto stakeholders with open minds is unbelievable and unusual for a regulatory agency.

“I have communicated my discomfort with the Commission’s behavior to my colleagues and the public, though the results to date seem to be underwhelming: the agency continues to brush off crypto products and services seemingly without consideration for the consequences.”

Pierce on SEC’s refusal to approve a spot ETP

Speaking on the SEC’s reluctance to approve a Bitcoin spot ETP, Pierce said the commission has repeatedly placed challenging requirements that make it near impossible for Bitcoin investment vehicles to meet.

She continued that in the past eight months, while exchange-traded funds (ETF) and ETPs based on bitcoin futures have started trading, the SEC has continued to disapprove ETPs based on the spot market.

“The reasons for this resistance to a spot product are difficult to understand apart from a recognition that the Commission has determined to subject anything related to bitcoin—and presumably other digital assets—to a more exacting standard than it applies to other products.”

Pierce mentioned that Spot ETPs have launched in countries like Canada and Europe, generating great investor interest despite the volatile nature of the market.

According to her, evidence of this is that the first spot Bitcoin ETP in Canada reached $1 billion in assets under management a month after launch.

Pierce noted an urgent need for the SEC to embark on a more productive path to crypto regulation.

According to her, the SEC’s refusal to approve a spot Bitcoin ETP is an offshoot of its refusal to build a regulatory framework for the industry.

“One-off enforcement actions that represent the first time the Commission has addressed a particular issue publicly, however, are not the right way to build a regulatory framework.”

She said the commission needs to work more with people in the industry to provide regulatory clarity more efficiently and comprehensively.

However, Pierce noted that the past performance of an asset is not a guarantee of its performance in the future, stating that “people should not look to regulators to make investment decisions for them, and regulators should not seek to play that role.”