Even after the recent price dump, Bitcoin is still 73% more profitable as a savings mechanism than the next best asset, the S&P500. 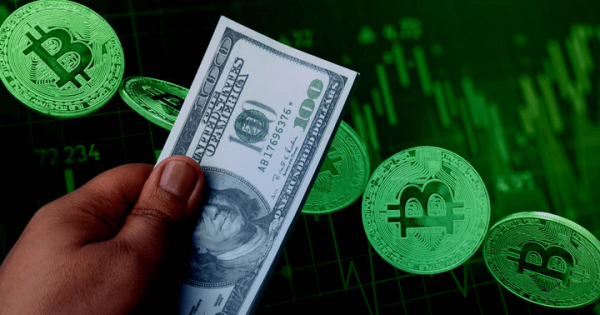 Even though it fell to its 18-month lowest, Bitcoin (BTC) is still at least 73% more profitable than major investment products like S&P 500, gold, Dow Jones, and PIMCO active bond ETF, according to Saifedean Ammous, author of The Bitcoin Standard.

Ammous posted a simple calculation on social media which assumes an individual has saved $100 monthly over the last five years. If they had invested that amount in Bitcoin, the investment would amount to $29,212 today.

Even after this huge crash, bitcoin still beats all pretenders for long-term saving

If you spent the last 5 years saving $100 a month, here's what you would have today if you put it in:

The closest, most profitable option to Bitcoin would be the S&P 500 — which would have amounted to $7,743 today, 73% lower than Bitcoin.

In it for the long run

Ammous acknowledges that Bitcoin may not be profitable in the short run, which is why traditional investors tend to see it as a failing asset since they tend to think in three months periods.

If an investor can look beyond the short-term gains offered by daily volatility, they will be able to see the long-term stability and profitability of Bitcoin.

“Anyone who thinks bitcoin has failed as a way to beat inflation needs to present how his portfolio allocation has beaten bitcoin over the last five years, and more importantly, how he intends to beat it over the next five.”

Bitcoin is the only option

Ammous concluded his thread by evaluating possible investment options that can be used as a hedge against inflation. He identified why each is not useful as an inflation hedge and said:

“The choices are bitcoin or poverty.”

Chasing short-term gains through opening short positions may provide high yields immediately but is not steady in the long run. Therefore, it can’t offer a proper hedge against inflation.

Commodity money variations like gold also don’t provide enough profits over the years to combat inflation, as seen from the simple calculation above.

Bitcoin to expand in the future

A recently published report by Blockware studied the adoption rates of disruptive technologies and concluded that Bitcoin didn’t even start its adoption journey yet.

The report expected Bitcoin to enter into an exponential growth period by 2030. Bitcoin will become a standard technology while its supply continues to diminish by halving. As a result, a significant price peak is expected for Bitcoin.

Bloomberg’s senior commodity strategist Mike McGlone also agrees with the above expectation. After analyzing the market and the adoption rates, he expects Bitcoin adoption to drastically increase in the near future, pushing the prices as high as $100k by 2025.