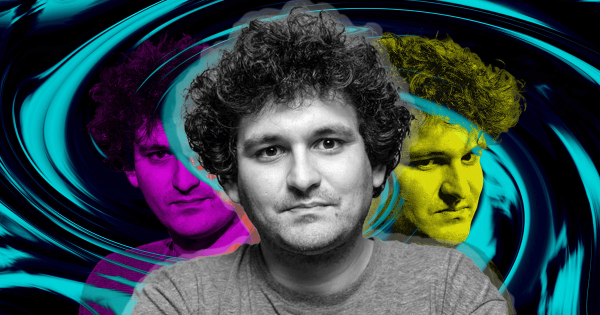 The problem is, the community is still none the wiser about what any of it means.

10) [NOT LEGAL ADVICE. NOT FINANCIAL ADVICE. THIS IS ALL AS I REMEMBER IT, BUT MY MEMORY MIGHT BE FAULTY IN PARTS.]

The unusual nature of this action prompted a flood of speculation over what SBF was trying to communicate, whether there is a hidden message to “insiders,” and if his mental health is suffering due to the company’s financial black hole.

The latter point is all the more relevant considering rumors of stimulants, including amphetamines, being a key aspect of company culture at the firm.

Internet detectives have turned up numerous clues and pieces of evidence that would support the rumor. For example, Alameda CEO Caroline Ellison posted a tweet in 2021 talking about how amphetamine enhanced her “human experience.”

nothing like regular amphetamine use to make you appreciate how dumb a lot of normal, non-medicated human experience is

Similarly, in 2019, SBF also tweeted about a regime of uppers and downers to maximize productivity yet still achieve sufficient rest.

a) stimulants when you wake up, sleeping pills if you need them when you sleep.
b) be mindful of where your headspace is: I often nap in the office so that my mind doesn't leave work mode in between shifts.

By ending his cryptic tweet thread with a post on not being financial or legal advice, while talking about memory loss, concern grows over SBF’s mental state.

Despite the mystery and intrigue elicited by the series of tweets, applying Occam’s razor, a commenter to a Reddit post on the matter shared his view that this is an attempt to troll the community.

“I don’t believe [sic] hes doing this to claim mental illness in court or hack as many others are suggesting..[sic] hes deliberately doing it to troll people…this clearly shows he has no remorse…”

The FTX group filed for Chapter 11 bankruptcy on Nov. 11 with SBF resigning his position as CEO at the same time.

The corporate structure includes over 130 companies, and with numerous venture investments across the industry, the likelihood of further knock-on effects is high.

Ian Taylor, executive director of the industry group Crypto UK, said that based on his information the majority of lost funds belong to institutional investors.

It has already come out that the Ontario Teachers’ Pension Plan had invested $95 million in the defunct exchange. Ikigai CIO Travis Kling also admitted to losing a significant chunk of investors’ funds on Nov. 14.

The cascading effects of the scandal will no doubt continue to reverberate across the industry and well into the future.