In a recent Twitter poll issued by retired United States politician Ron Paul, half of the respondents indicated they would choose Bitcoin as a long-term investment over treasury bonds, Federal Reserve notes, and even gold. 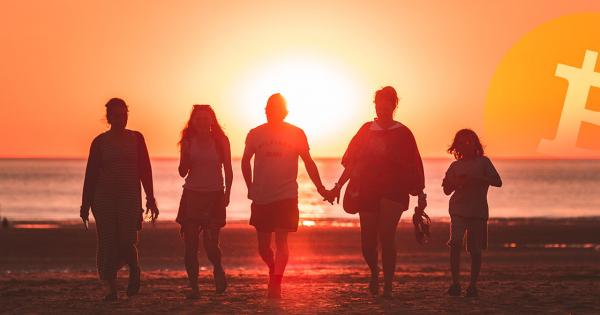 Photo by Kevin Delvecchio on Unsplash

In a recent Twitter poll issued by retired United States politician Ron Paul, half of the respondents indicated they would choose Bitcoin as a long-term investment over treasury bonds, Federal Reserve notes, and even gold.

Ron Paul is a retired Republican and Libertarian politician, three-time presidential candidate, and former congressman of Texas’s 22nd congressional district. Paul is a vocal critic of government surveillance and the and the Federal Reserve.

On Nov. 15, the former politician has once again taken to Twitter to assess people’s preferred mode of long-term investment:

A wealthy person wants to gift you $10,000. You get to choose in which form you'll take the gift. But there's a catch: You must keep the gift in the form that you choose, and you can't touch it for 10 years.

In which form would you take the gift? 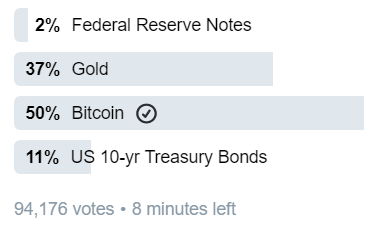 It appears that Bitcoin is gaining confidence from some of the public, or at the very least Paul’s supporters, as a viable replacement for gold. That said, Ron Paul issued this same poll last year and support for Bitcoin has actually decreased. 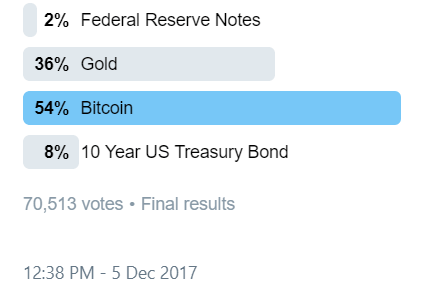 The 4 percent decrease in support could be a result of the ongoing bear market and plummet in Bitcoin prices. However, the poll will need to continue for several more years to determine if there is a stronger underlying trend.

Something to note is that the findings are not conclusive because of the nature of the poll. Those using Twitter and following Ron Paul are much more likely to support Bitcoin–therefore the actual percentage of people who would choose Bitcoin is likely lower.