Roll-up developers StarkWare to raise $100M at a $6B valuation

The Israeli company behind StarkWare, developers of Ethereum ZK-rollup technology, is finishing a funding round of at least $100 million, at a $6 billion valuation. 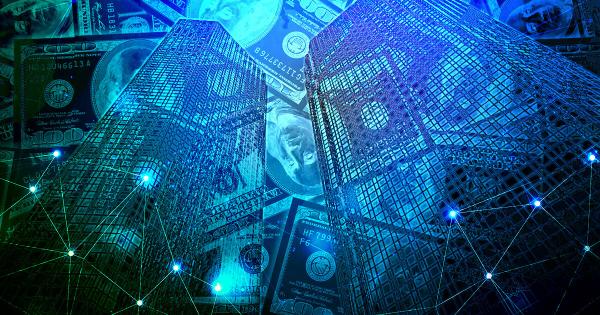 StarkWare is a key player in the Ethereum ecosystem, developing so-called Zero-Knowledge ZK-roll-up scaling solutions on top of the Ethereum mainnet blockchain. This technology brings faster and cheaper transactions for Ethereum users.

So far StarkWare has brought two scaling solution products to the general market. StarkEx is a permissioned tailor-made Ethereum scaling engine custom-built for specific applications, and StarkNet which is a general purpose permissionless decentralized ZK-rollup network that was fully launched in the last week of February. StarkNet allows any developer to build decentralized applications on the network, like on Ethereum. Such scaling networks aim to reduce gas fees.

Before the series C funding round in November, StarkWare raised $75 million in a Series B funding round a year ago, valued at the time at just several hundreds of millions.

It is still unknown who will be participating in the company’s latest round, but according to company insiders “there’s a sense that something is cooking.”

“The guys who are bringing about a huge change”

“Things move so fast here, so while I’d normally dismiss talk of tripling the valuation after three or four months, it’s quite possible,” said the company insider, speaking on condition of anonymity with The Block. “I don’t know exactly what’s happening, but there’s a sense that something is cooking. The team is definitely on a high, feeling that its products are less viewed as possible fixes for blockchain scaling and more as the ones that are going to win out.”

“It’s surreal. It just looks like another Israeli high-tech office here, but we’re seen in the crypto world as the guys who are bringing about a huge change. There are constant rumors that this person or such-and-such a fund wants to invest. The company doesn’t need the money so it has rejected many offers, but if a really attractive deal comes along, it could well be progressing,” the anonymous source continues.

Roll-up developers StarkWare to raise $100M at a $6B valuation