The Coinbase Premium Gap, wallet dynamics, and the jump in derivative micro contracts suggest retail investors are piling into Bitcoin. 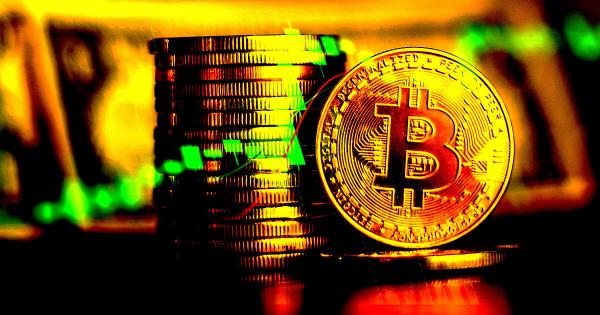 Retail investors are piling into Bitcoin despite continued regulation and price uncertainty, according to Barrons.

Nonetheless, this performance was BTC’s best run of form since October 2021.

Following the $24,700 peak, BTC has been trading relatively flat but closing at a lower low each subsequent day. Analysts attributed the loss of upward momentum to rising tensions between the U.S and China over House Speaker Pelosi’s visit to Taiwan.

Further headwinds have arrived on the macro front. On August 4, the Bank of England announced that the U.K will enter a recession in the last quarter of this year.

As a response, growth forecasts for the coming year have been cut. And to combat spiraling inflation, which is predicted to rise to 13%, the central bank also increased interest rates by 0.5%, giving a base rate of 1.75% – marking the most significant rise since 1997.

Crypto markets did not immediately react, with the price of Bitcoin ranging between $22,700 and $23,000 on the announcement.

Supporting this statement, Sotiriou referred to several metrics, beginning with the Coinbase Premium Gap (CPG), which refers to the difference in BTC price between Coinbase and Binance.

Given that Coinbase is the largest U.S exchange, prices on the platform can be taken as an indicator of U.S. demand relative to elsewhere. Analysis of the CPG showed a $25 discount on July 12. Over the month, the discount turned into a premium for the first time in several months.

By the end of July, the CPG showed a $14 premium for Coinbase users – the most significant amount since BTC was trading at $40,000 around May.

As well as that, data from Messari showed a change in the dynamics between whale and small accounts. Bitcoin in the largest 1% of accounts fell from 17.34 million to 17.32 million in July. Conversely, Bitcoin in accounts with more than $10,000 increased from 18.2 million to 18.4 million over the same period.

A similar pattern has played out with derivatives. CME micro contracts, valued at 10% of the Bitcoin price ($2,300) and traded by retail traders, saw a large jump in open interest from 15,998 to 24,960 since the start of July.