It’s been quite the year for DeFi. 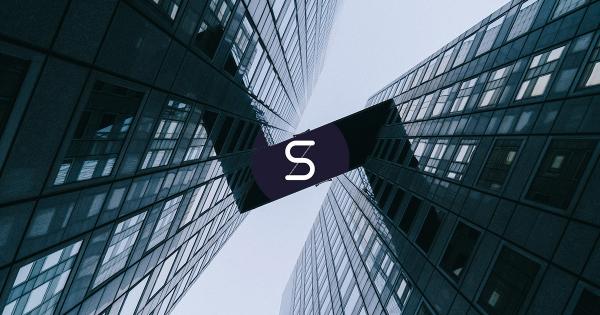 It’s been quite the year for DeFi. But due to natural constraints on the Ethereum blockchain, this period of growth has meant that transaction fees have quickly reached unsustainable levels for most users where it makes little sense to transact small sums.

Synthetix, especially, has suffered from these high fees. Due to how the protocol works, users looking to interact with Synthetix’s multiple products often pay high transaction fees, even when doing basic tasks.

One user, “Lukazo,” commented on Reddit earlier this year that he paid $8 to stake $230 in Synthetix Network Token — and that was when gas fees were around 50-80 percent below what they are now. This is one of many of these sorts of complaints or concerns issued over recent months.

Responding to this, Synthetix is moving forward with attempting to migrate some aspects of the protocol to a layer-two scaling solution to better the user experience.

After many months of development, the Ethereum development group Optimism rolled out a testnet for Optimistic Ethereum on Sep. 24. Optimistic is a network built on Optimistic Rollups, which is a technology that allows Ethereum transactions to take place on a faster and cheaper second layer while still maintaining the security of the main blockchain. Optimistic also uses the Optimistic Virtual Machine to allow for smart contracts to execute.

Joining the testnet launch was Synthetix, a derivatives liquidity protocol that allows users to gain synthetic exposure to a variety of crypto-assets and even real-world assets.

The launch allows eligible SNX stakers, meaning those with one to 2,500 coins in their balance, to stake and claim staking rewards, which will then be claimable with Optimistic Ethereum is fully rolled out in the coming months.

Synthetix is now live on the Optimistic Ethereum L2 testnet, the Layer 2 scalability solution from the @optimismPBC team! 1/https://t.co/eR3esu1nN5

Many in the space see this as a notable step forward for Ethereum and for DeFi, which as aforementioned has suffered due to high transaction fees and slow block times. As Synthetix itself wrote in the release announcing this move:

“This is a huge milestone for Synthetix, Optimistic Ethereum, and indeed the entire Ethereum space… Launching SNX staking on OE is a crucial step towards full scalability for the burgeoning DeFi ecosystem, truly allowing anyone around the world access to open financial infrastructure without the friction of high gas costs.”

Due to the launch of this new system and a cross-market recovery in asset prices, SNX has rallied. According to CryptoSlate market data, the coin is up around 12 percent in the past 24 hours, outperforming Bitcoin’s two percent move higher.

With Synthetix working with the Optimism team to integrate its complex ecosystem into a second-layer solution, it’s worth asking which other DeFi projects are looking to do something similar.

As reported by CryptoSlate previously, comments from Uniswap’s founder compiled by Twitter user Jason Smith indicate that the team behind the Ethereum protocol is excited about Optimistic Rollups. Founder Hayden Adams once said:

“I’m most excited about general purpose OR projects like
@optimismPBC, which will allow migrating solidity smart contracts without building complex infrastructure on a per dapp basis. […]  Agreed on L2 – would be great to get a Uniswap deploy optimistic rollup by end of year.”

It has been said that Uniswap may be the most important protocol to scale in the near term as it is the biggest user of gas on the Ethereum blockchain.